Organized under East Oakland Building Healthy Communities’ umbrella, the mayor and would-be mayors flocked to Allen Temple Arms located at 82nd Ave. and International Blvd, seeking blessings from Deep-in-the “E.” But first the office seekers had to listen to voices from a medley of residents singing from their life’s hymnal−a song wanting what every citizen deserves−health and well-being.

Reverend Daniel A. Buford was asked to bless the proceedings. He reminded the audience of Allen Temple’s 95-year presence in the community and the church’s commitment to Prophetic Justice, before he prayed. 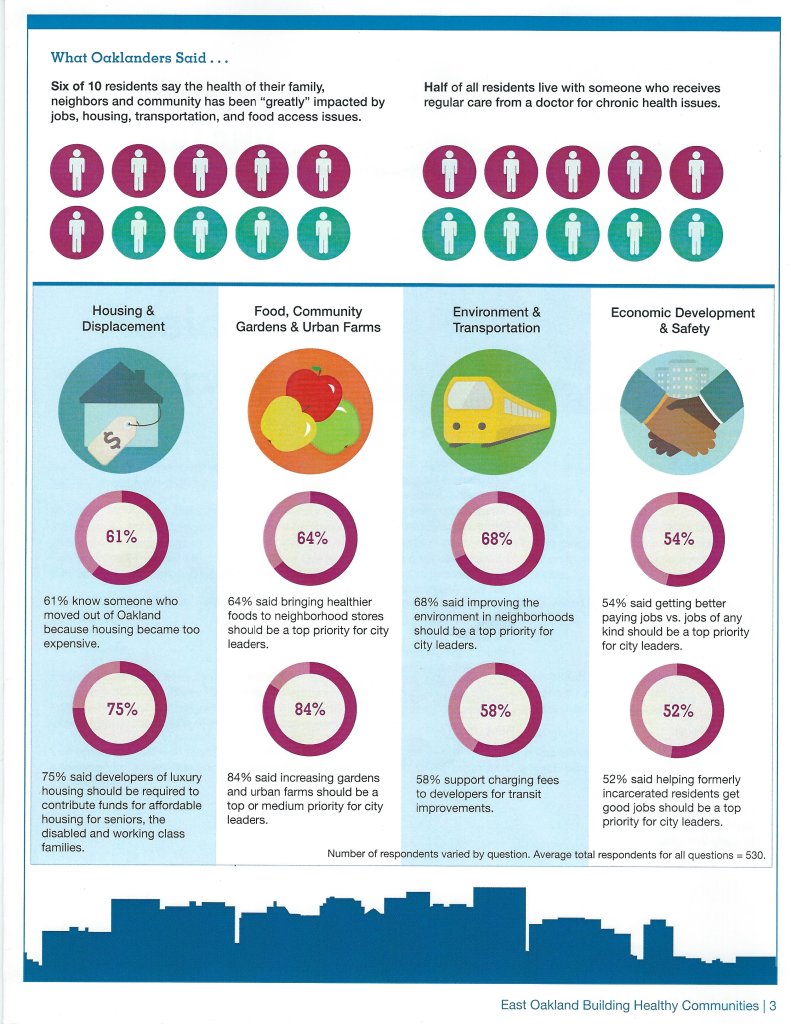 The 10 candidates present were requested to respond  to two of the four surveyed items. Did the majority of them respond to the community’s highest rated concern – Environment & Transportation? No. Only one candidate, Ms. Courtney Ruby, responded to that concern. However, eight of the 10 candidates responded to Economic Development & Safety, the least- rated concern, and their talking points reverberated the same improvement theme: jobs, education and crime.

I wonder how the audience responded to that question and what impact the forum will have on their vote?

The clock is ticking.