Imagine you’re 29. A Latina. You came to the U.S. with your family when you were 15. You’re undocumented, but in 2016, you got DACA status (Deferred Action for Childhood Arrivals).

What would you do in these uncertain times? Be as inconspicuous as possible? Avoid being in places where there are police? Decline to go to demonstrations focused on immigration?

If you are Kitzia Esteva-Martin, you do none of these things. Instead, you work publicly on behalf of immigrants. You speak up. You allow your name and photo to be used in news stories, such as this one.

Kitzia works with a small grassroots organization, Causa Justa/Just Cause. It is a not-for-profit that works on behalf of low-income Black and Brown communities in Oakland and San Francisco; its work focuses on immigrant rights and housing (https://cjjc.org/about-us/).

Kitzia is the Causa Justa/Just Cause lead organizer for immigrant rights and works closely with a coalition of organizations that advocates for immigrants.  The work is varied and includes the following:

“The work is different in these times,” Kitzia said, referring to the current anti-immigrant atmosphere that Trump has inspired. (For a copy of the executive order, annotated by NPR, go to http://www.npr.org/2017/01/31/512439121/trumps-executive-order-on-immigration-annotated)

The immigration coalition has developed an emergency plan for undocumented immigrants, which emphasizes the following:

“We tell them their rights if ICE turns up at their door,” Kitzia said, adding how ICE and police officers often use a variety of tactics to get people to talk. “Sometimes they play the friendly card to get them to let their guard down or they may be very arrogant.”

Kitzia and her colleagues share important information with undocumented immigrants, such as the following: 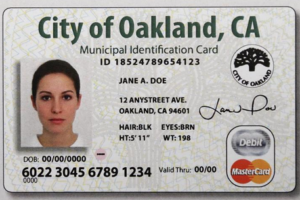 Kitzia didn’t just recently become an activist or organizer.Kitzia’s family has been involved with social justice work for many years. For example, Kitzia’s mother was involved with POWER (People Organized to Win Employment Rights), which merged with Causa Justa/Just Cause. Kitzia was a POWER youth leader,

When attending UC Santa Barbara, Kitzia was active in workers’ rights. One campaign involved a contractor who was building graduate student housing and hired undocumented workers. The workers were not paid for three months and were told that ICE would be called, if they complained. At first, the university claimed that it wasn’t culpable because they hadn’t hired the workers. After the company went into bankruptcy, the university paid the wages.

“It was one of the first moments when I realized people needed to know their rights as workers. As immigrants. This is what taught me to be an organizer, to support people to know how to assert their rights and build social services,” explained Kitzia.

When I learned that Kitzia was undocumented, I asked if it would be better to use a pseudonym and not include a photo. After thanking me for asking, Kitzia said, “It’s important for me to speak out on immigration rights. We’ve been out of the shadows for a while and we can’t hide. And it’s important not to hide.”

When I’ve shared Kitzia’s words with other people, they are in awe of Kitzia’s courage and determination to speak up, as am I.