Love Is What Matters

Mercy Retirement and Care Center, the highly regarded residence and service provider for senior citizens for nearly 110 years in the Fruitvale District, is not a likely venue for a book- signing. It is an even less likely setting for a large, festive gathering of activists. Yet, just such a convergence took place in Mercy’s community room this past January 27. 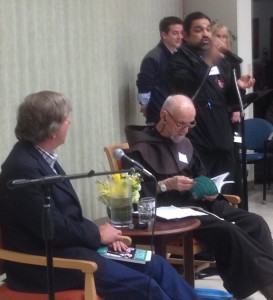 As singer, activist, and recent San Francisco mayoral runner-up Francisco Herrera strummed “This Little Light of Mine,” more than 160 longtime social activists took their seats. Former SF Supervisor Angela Alioto grabbed a front row seat. Former Berkeley Mayor Gus Newport barely made it in time from the airport. Actor Martin Sheen, who contributed a foreword to the book and is recovering from heart surgery, sent his regrets.

The occasion was a reading and book-signing by one of Mercy’s more widely known residents, Rev. Louis Vitale, otherwise known as “Father Louie,” or, simply “Louie.” Love is What Matters: Writings on Peace and Nonviolence is a compilation of Vitale’s reflections over the past 25 years, including several written from prison in the manner of one his role models, Rev. Martin Luther King, Jr. 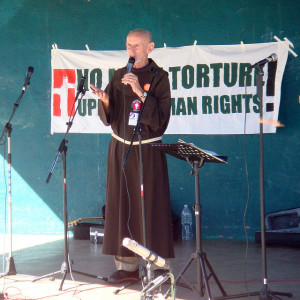 Dressed in his friar’s habit, Vitale looked over his reading selections as he flashed his generous smile to friends in the crowd — many of them occasional cell-mates, some co-defendants in federal courtrooms, and all admirers.

Several knew him from his early days as a priest when he, an Air Force vet, counseled young men to resist the Vietnam era draft. Some marched with him along side Cesar Chavez in the 1960’s into the ’70’s. Others met him at any one of a long list of federal bases from Vandenberg to the Nevada Nuclear Test Site to Ft. Huachuca, AZ to Ft. Benning, GA ,where he helped lead sustained protests against nuclear weapons development, drone warfare and the training of torturers.

More recently, some came to know him as the pastor of St. Boniface Church in San Francisco’s Tenderloin where he opened the church doors so that weary street people could find several hours of what he called, “sacred sleep.”

Fellow activist-priest Rev. John Dear who works for Pace e Bene — a group co-founded by Vitale in 1989 which promotes nonviolent training and peace-making actions — co-hosted the evening. “I don’t know about you,” said Dear by way of introduction, “but for me there’s St. Francis, Pope Francis, and Franciscan Fr. Louie Vitale…..He is the embodiment of action and solidarity with the poor.”

Vitale shared several reflections from Love is What Matters. Decrying the dominant war-making myth of “might makes right,” he pointed to the vast success of “nonviolent people power,” beginning with Gandhi’s India to Mandela’s South Africa to the fall of the Soviet Union. “Nonviolence works,” he said. “This must be our new myth, our new story.”

Recalling his Air Force service in the 1950’s, he cited Francis’ battlefield wounds as the source of the saint’s transformation: “He recognized that there is woundedness and sacredness in every person and in all creation and began to love and respect everyone. This is the starting point of nonviolence. The transforming power of nonviolence begins and ends with an awareness of the presence of God in everyone. It is this presence that breaks the spiral of violence.”

Vitale closed by suggesting that channeling this awareness through collective action is the path ahead for both neighborhood and global survival. “It is not too late,” he said. “If we can come to love creation, to cherish and care for it, we can find solutions.”

As the 84- year- old friar took his seat, American Muslim Voice founder Samina Sundas rose to thank Vitale for standing with Muslims. “You came to the mosque on Fridays,” she said. “You prayed and fasted with us. Fr. Louie, we need you now more than ever. There is so much hate in our nation, people standing for hate. Let’s campaign for love, for friendship, for peace, for immigrant families.”

Vitale then took questions from the audience members who touched on everything everything from his participation at Occupy Oakland to his delegation’s unsuccessful attempt to enter Gaza in 2010. They asked how acts of civil disobedience can be more consequential and how to involve young people. Vitale’s essential response to all the questions was simple and direct: dialogue and solution-seeking among both friends and enemies. His consistent response was typified in his reply to a young activist who asked him how he remained hopeful.

“We are created with hope,” he said. “We were built for hope and love. Whenever we take steps, even little steps, we’re already putting into place what needs to be happening. It takes time and work….I’ve seen so many things change in my long life and I believe it’s love that makes the difference. It’s love that matters.”

(To learn more about Fr. Louie Vitale’s lifetime of peacemaking or to purchase Love Is What Matters, visit www.paceebene.org). 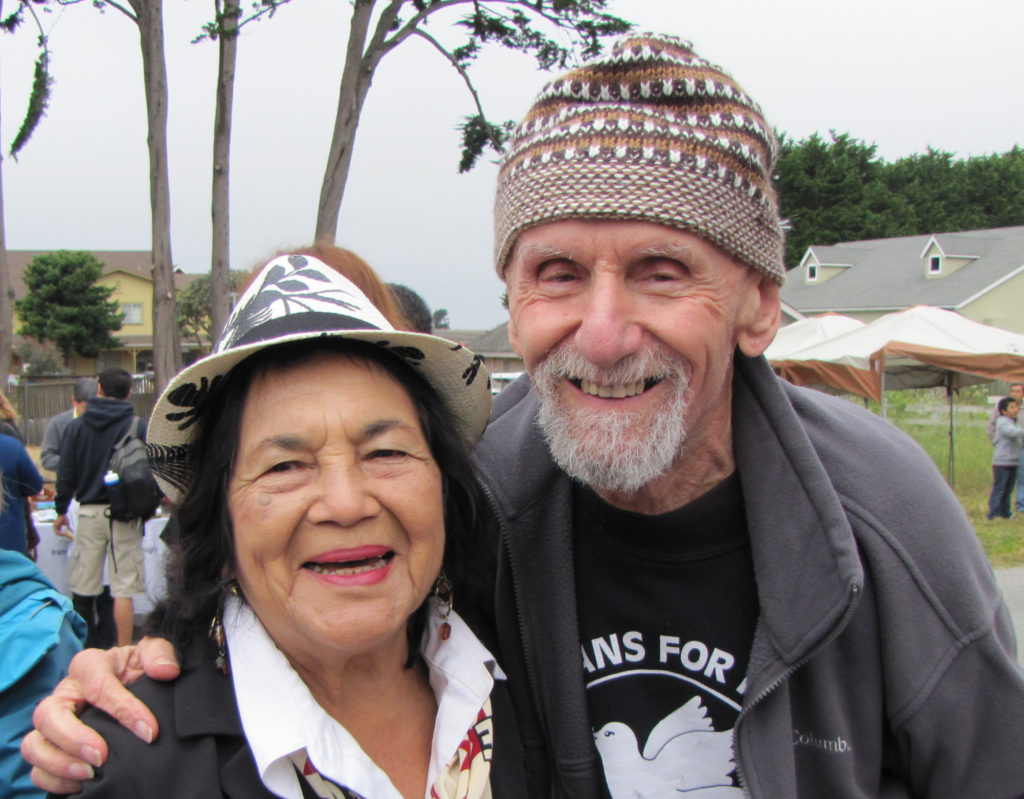