[slideshow_deploy id=’8918′]I have lived in this neighborhood for about six months now. As soon as I moved to the Bay Area from Santa Ana, I found myself living in Berkeley with one of my old high school friends.  Soon after that I moved to West Oakland and finally ended up living where I live now in East Oakland.

East Oakland is in some ways similar to West Oakland, but with fewer warehouses.  When I walk around my neighborhood, I come across different cultures as well as random things. Last evening I took a walk and I noticed that most of the houses are very colorful, a lot of them are really old and some of them abandoned. 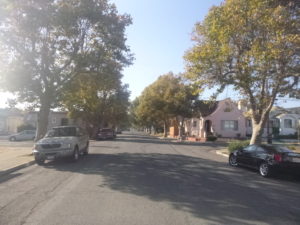 The dominant race in the hood is African American but there are also Hispanics, very few white people and also very few Middle Eastern folks.

On my walk I saw a lot of stray little dogs coming out of nowhere and following me in a friendly way for a at least a block. I also saw a lot of kids playing in front of their houses, surrounded by gates; one of these groups of kids had a goat pet and a bunch of puppies with them.

The area where I live is mostly residential; all the main streets are far away and there is not much to do. There are no parks, no schools and no stores. There is only one liquor store two blocks away. 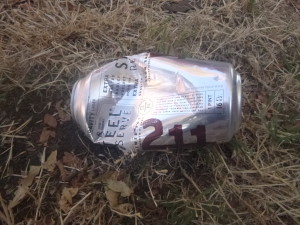 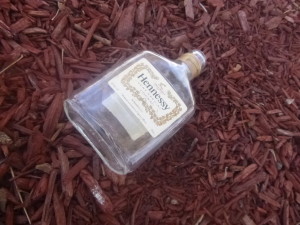 On my way to the liquor store I found a crusheded can of Steel Reserve beer and a empty bottle of Hennessy on the ground which I thought was like a trail leading me to the store. The liquor store is really small and owned by Arabs who I haven’t had the chance to meet yet; but I always see a bunch of people from the neighborhood meeting there to grab a beer and have a good time.

There is an abandoned church where a lot of people like to dump their unwanted items and furniture. 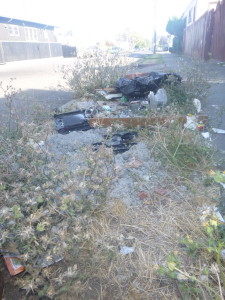 When I open the door of my house, I see a nice view of the Piedmont Hills. 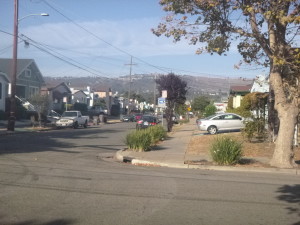 We have a lot of trees in the neighborhood as well as pretty flowers. 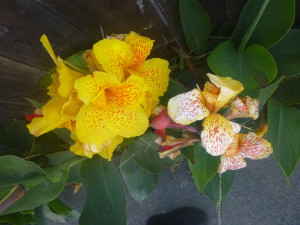 As I kept walking, I saw a few photographs leaning against a fence surrounded by a massive amount of candles. Some one was shot a few blocks from my house and I didn’t even know it, apparently a drive by. 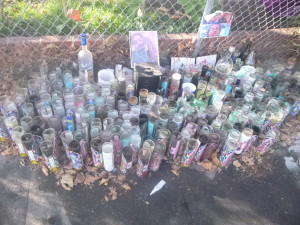 Lucky for me I am always driving and I don’t really  see or experience any violence. I can’t even tell if it’s dangerous to walk around my neighborhood at night or not. All I know is that it is quiet and peaceful most of the time; dogs barking here and there, but nothing else.
During the day most of the people are friendly and try to start a conversation. The mornings are usually sunny and the skies are bright and blue.

My neighborhood is just a residential place, where families raise their children but there will always be drugs and violence in the hood for some reason.