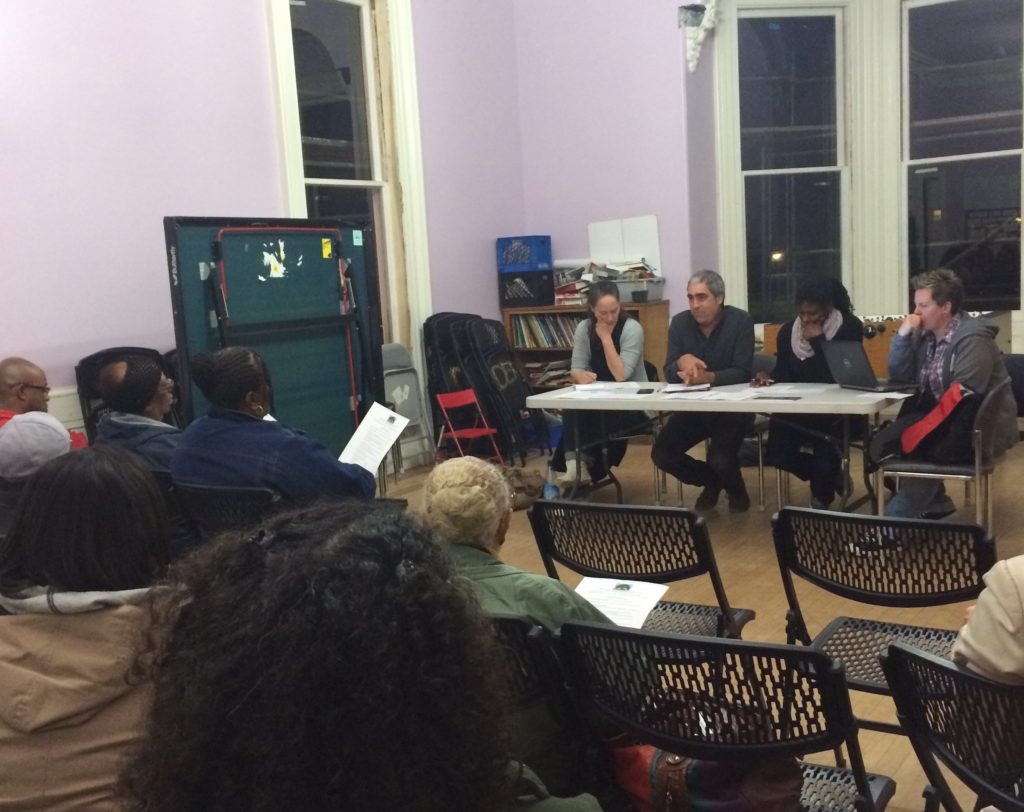 When members of the Oak Center Neighborhood Association (OCNA) met Nov. 2 for the regular monthly meeting, they were more interested in what wasn’t listed as an agenda item – a proposed demonstration on Nov. 7 at Pleasant Grove Baptist Church.
The demonstration was organized in response to a city notice warning the church of noise complaints that could lead to fines.

The real question addressed during the meeting was who actually initiated the complaints since it appeared the neighbors didn’t seem to know anything about the complaints, although they were very much aware of the ongoing noise problem generated by the church.  And although they were not happy about being unfairly linked to the complaint, they wanted the real issues – lack of communication – to be brought to the forefront.

It became apparent at the meeting that communication between Pleasant Grove Baptist Church and the neighbors, specifically those on Adeline Street, has been non- existent, leaving the question of who is in error.

The neighbors also questioned how the Saturday rally was never discussed with the local residents, adding to the frustration about past communication.

As a result, two days later, a diverse group of neighbors, Pastor Thomas Harris III from Pleasant Grove, and other pastors of churches in the neighborhood came together at a meeting.

“I think it was positive,” Michael Taffet, chair of the OCNA , said about the meeting. “It’s something that should have happened sooner on both sides. It was Important to hear the feelings of the church members and pastors. Our neighbors, just want to be more involved up front in plans and kept up to date.”

Taffet said the organizers of the event apologized for not getting the residents involved sooner.

While the issue of the noise complaint has been portrayed as new residents conflicting with old cultural traditions, the reality was more complex. Longtime residents report that loud music, parking and a lack of communication have been concerns for years. In fact, the person who called in the complaint is an African- American man who has lived in the neighborhood for 10 years.

The controversy has also drawn attention to the flawed city policy around noise complaints that is vague and doesn’t include a recourse to counter the complaint. City council member Lynette Gibson McElhaney, who represents the area, has already met with her staff about making adjustments.

Saturday’s event turned out to be a celebration of neighborhood and history.

“As new people come in, we have to do everything we can to remind them that a lot has happened before them,” Taffet said. He’s lived in the neighborhood for 11 years and says it is the friendliest place he’s ever lived. “We want to respect the fabric (of the neighborhood) in all its complexities. We took offense that our neighborhood was depicted as not showing respect and no one feels that way.”

The issue ended up opening the door for better communication between the area churches and residents. Pastor Harris agreed to come to the December meeting of the OCNA. Taffet, who said he had never visited the church, said he plans to.

“I think I will learn a lot and have a good time,” he said. “It’s great we’re coming together. We’ll have ongoing dialogue. We all care about the neighborhood. Somehow things got a little confused. But now I feel like we are on our way to harmony and growing together, building on what we have.”