My father perseveres for his children 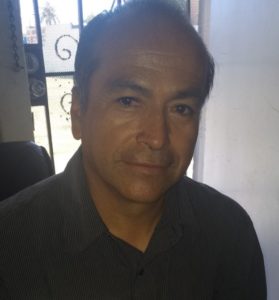 Success is not the same as resiliency. Success is the pinnacle at the end of the journey, it is the accomplished dream.
Resiliency on the other hand, doesn’t have the same sense of finality that success has. Resiliency is in the will to get up and work when your eyelids are like heavy weights begging to sleep. Resiliency is on the calloused feet crying out to stop for rest, but the hunger pangs inside you are much louder. Resiliency is in my father, Ricardo Aguilar, the man whose sacrificial love strengthens him and gives him the energy to ensure that his children never lack a single thing.

However, when I was young girl, I caught glimpses of my superhero crouching on his knees, breathing heavily before his great comeback.

I was 14, and instead of sleeping after getting home from his night shift at the factory, my father chugged his black coffee, and offered to drive me to school. As he pulled over to parallel park, instead of giving me the expected kiss goodbye, he took the keys out of the ignition and paused. His voice cracked faintly as he spoke, “M’hija, I am so tired. Can you take the bus home after school?”
“Sure”, I responded, “Everything okay?”
“Si, todo bien. It’s just that the night shift at work plus this new job at the shipping yard are going to keep me busy.”
“Of course. You don’t need to worry about me getting home. I just need bus fare,” I said reluctantly. I wanted to help him and relieve him of a worry, but I didn’t want to ask for money either.
“This is why I want you to do well in school,” he replied, handing me just enough money for the bus.“I don’t want you to end up working at a factory, taking orders from people who belittle and humiliate you.”
I had heard this speech so many times.
“Look at me. I haven’t slept a full eight hours since, I can’t remember. I haven’t eaten, and I have a blister on my foot the size of a marble. And for what? So that I can count my cents every month to pay the rent, pay for groceries, and cover the bills?”
I nodded. I didn’t know what to say.
“No avanzamos. There’s no progress. I want to save. I want better for the family, but because I didn’t go to school, this is the best I can do. You have to do better.” 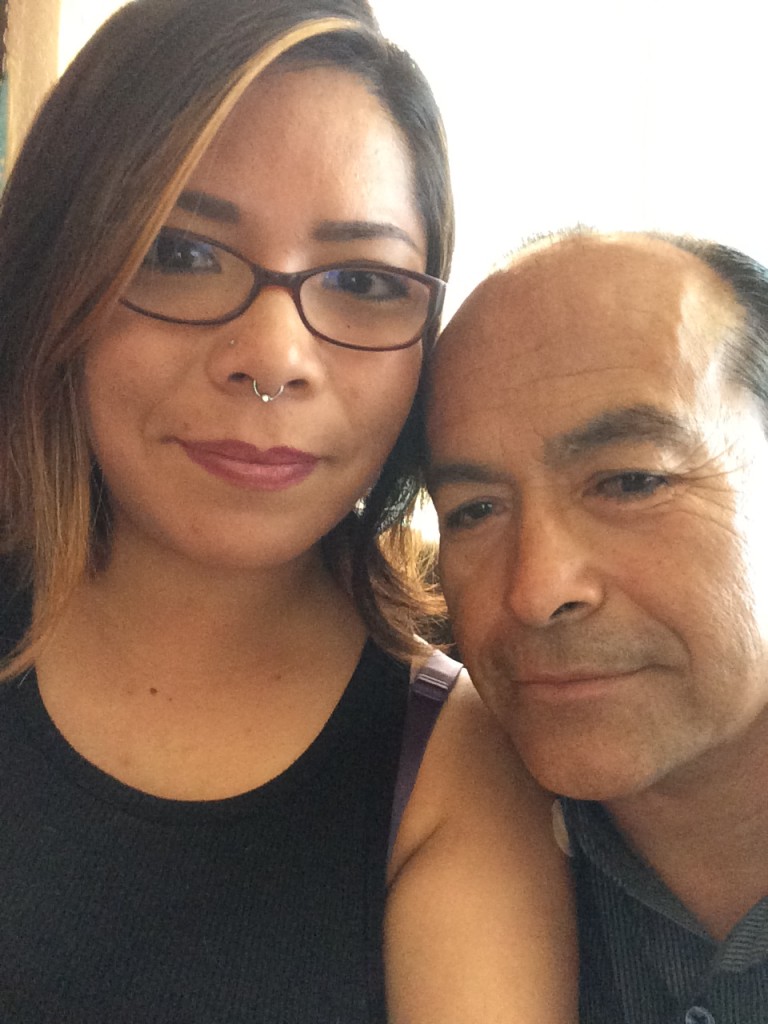 Me and my dad on Father’s Day

His pep talks were bittersweet; they were oddly defeatist and pressure inducing, yet hopeful at the same time. These conversations led me to appreciate the hard work my father continues to do, so that I can sit at a cafe to write this piece. He gave up his passion in music so that I could pursue an academic career and my writing.

My father passed along a legacy of resiliency that I carry with me when I don’t feel like getting out of bed certain mornings. His resiliency inspired me when I felt aimless and couldn’t decide whether I wanted to settle for a vocational job or venture into my dream of pursuing a higher education. My father’s resiliency sustained me when I thought I didn’t do enough to deserve to walk across the three graduation stages in my life.

My father’s love for his children awakened in him the will to persevere beyond his exhaustion. Therein lies his resiliency.

One day, I hope to succeed in making him as proud as I am to be his daughter.