Braces on his legs and a Smile on his face

In a scene in the movie “Forrest Gump,” a young Forrest is running down a dirt road to escape some bullies. Taking the advice of his friend Jenny, to “Run Forrest Run!”, the chase turns from this horrible moment to a testament of will. The second his legs are free and the metal leg braces began to fall to the ground, I always cry.

My brother Joshua was Forrest. He was diagnosed with Cerebral Palsy in the 80’s and we were led to believe that Joshua would not walk and if he did talk, he would not be understood. Doctors told my family that Joshua should be taught sign language and that there was a possibility of him living in a wheelchair. 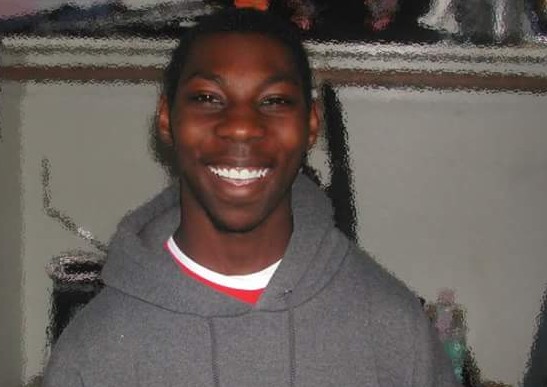 Since before he could formulate the words or even stand, everything in his body said, “No.” At about age five, Joshua wore braces on his legs and a smile on his face and even though it took him a while to get around, he never stopped until he got there.
As my brother grew, so did his strength and resilience. Early on, his world would consist of speech classes, physical therapy and tutors to prepare him for life. In the mid- 90’s, my family moved to East Oakland where my brother began school at James Madison Middle School in Sobrante Park.
Although he would be seen as ‘special’ – and in a greater sense he was – he would be bullied by other children who struggled with reading and the fact that my brother was literate but they were not. There were times when people underestimated Joshua or pretended that he wasn’t there; this would make me angry, and still does, but not him. Those people seemed so small to Joshua, so small that in his world I am sure they didn’t exist.
When he was 13, my mother found a summer sports camp where Joshua could go and train and compete in the Special Olympics. I remember the long drive out of the city to drop him off for a few weeks. The ride was quiet and not just because we were out of the city, but because my mom and I realized that this was the first time my brother would be without us, or any family for a time.
When we arrived at the campsite, my brother didn’t waste any time getting his bags and running off towards the smiling faces that welcomed him. In mid- stride, he turned around to face my mother and I simply said, “You can go.”
As we drove away, I watched my brother from the back window until I could no longer see him and an overwhelming feeling of sadness swept over me – not for my brother though, but for me. I knew that from this moment on, I would have to let him grow up. I would have to let him be Joshua.
I still watch Forrest Gump from time to time. I still cry when Forrest begins to run but there is a smile there too, because I know him. He is my brother Joshua.