As a 19- year- old who’s never voted or really been affiliated with politics,  Rebecca Kaplan’s campaign for mayor was an eye opener. I could see how so many people are very involved in politics but at the same not enough people from the community are involved. The campaign celebration accommodated the press, family members and supporters, but I did not see much diversity in race nor in age. The people were mostly between the ages of 21 to 30, not a lot of youth or elders. 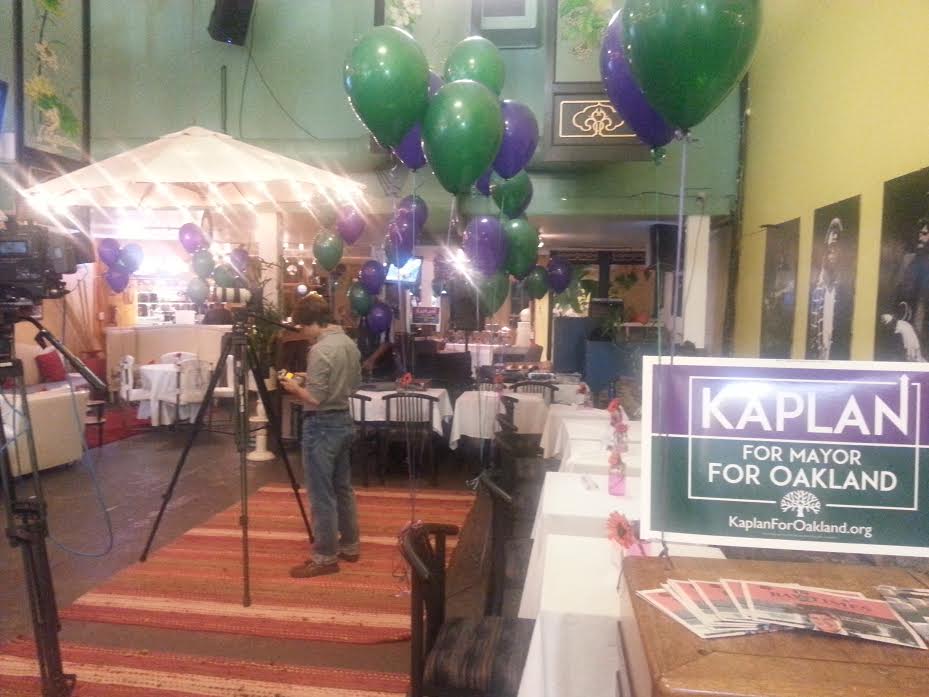 While the party began at 8 p.m.,  Kaplan did not come until 9 p.m. or so and then she left and returned while the press enthusiastically waited for her to speak. Rebecca Kaplan had many thoughts and opinions on how the infrastructure of our community should be. However, as a student, as a woman of color and as a resident of East Oakland, I did not hear any plans for the school system, the violence, the homicides, the drug abuse, the lack of grocery stores, the need for closer hospitals, the high amount of pollution and the few trees planted in the area.

Kaplan was more focused on the Coliseum sports teams and on the Coliseum City project than anything else. I understand her point that if Coliseum City is built, the city would get more tourism which means more profit. But would that really benefit the community? Or just the middle to upper class communities that her campaign seemed to focus on, based on the people who  came to her gathering.

She did  speak about creating a strong future for Oakland even if she did not win because she still wants to help community  people have economic prosperity and opportunity.

Lastly, of the candidates,  she was the only one who always started her speeches by thanking those who helped her campaign and supported her from the very beginning. She  also always thanked  the community for allowing her to speak her voice and  give her thoughts on her vision of a better Oakland.

I noticed that when the press asked her questions, she barely answered them and had her campaign manager answer.  Covering a campaign for the first time,  I was shocked by how aggressive her representatives were when responding to questions.

The party was at Everret and Jones BBQ, and many of the people who stayed after her speech were the press and they were a lot nicer than the politicians. Nevertheless, the night ended with very good food and a laid back atmosphere.

My mom came to the United States in 2000, while my dad was already here six months before my family arrived. We came for the American dream, however we were not notified that the individual has to survive, struggle, and cope in this land to reach the dream. Although we had to go through hardships to reach the position we are in now, everything we struggled for was worth the wait. At times I'm upset over the sacrifices we had to face as a family. For example, I was not able to protect my brother when he was bullied or advise him to protect himself from gang bangers. As kids we didn't comprehend why our parents were unable to help us. But as you get older, you understand that in those days not even your parents could help because they were in the same position as us kids.