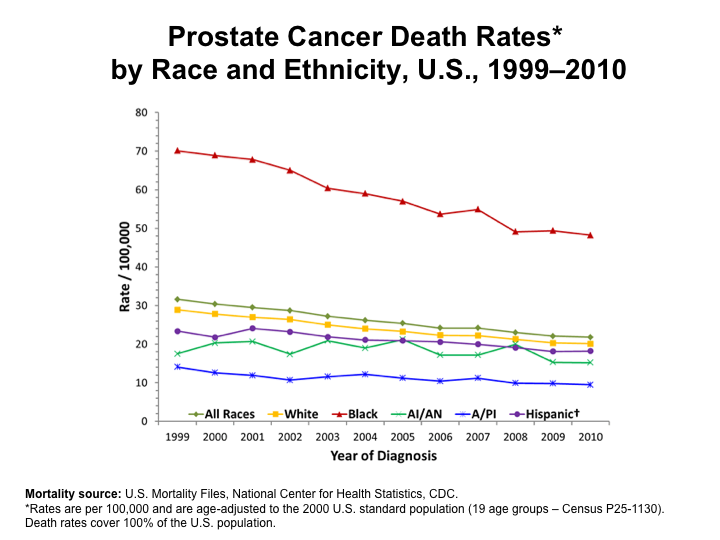 Aren’t all men in America entitled to a life full of hopes and dreams? Unfortunately, prostate cancer kills many more African-American men than other ethnic groups in that pursuit.  It is a disturbing reality facing Oakland and other cities with sizable African-American populations.

Dr. Carter discussed the controversy surrounding the prostate-specific antigen (PSA) test from a medical, historical perspective. He showed a slide, which indicated  25 years ago, a blood test called PSA was introduced and is credited with increasing the survival rate from 4 percent to 80 percent and higher. He also shared the findings of a  four-year-old PSA study, with 4 percent  black participants, which revealed 70 percent of all men did NOT benefit from the PSA test. “Who are the men in the 30 percent and what happens to them?” I wonder.

In fact in 2012, the  U.S. Preventive Services Task Force (USPSTF) announced: “Before getting a PSA test, all men deserve to know what the science tells us about PSA screening. There is a very small potential benefit and significant potential for harm.” Medical experts say men are rarely harmed by PSA testing; however, when injury occurs it’s generally from fecal contamination during the test.  Generally, the harm referred to results from questionable PSA test interpretation that led to unwarranted treatment. The harm could include a damaged rectum, impotency,  incontinence and other injuries.

Dr. Carter stated, “The USPSTF is the governmental agency other public and private agencies like medical insurance companies use to establish policies on what medical procedures  are recommended and covered .” He went on to say, “Not all policy makers agreed with the USPSTF decision not to endorse PSA testing,” thus creating an atmosphere of competing thoughts and a confused public on the benefits and risks of PSA testing.

Dr. Benjamin painted a grim picture of the genesis of prostate cancer disparity with a slide entitled The African American Prostate Cancer Crisis In Numbers. During his presentation he said,” West African heritage significantly increases the prostate cancer risk factor.”

Karen M. Winkfield M.D., Ph.D.’s presentation was entitled,  “The Importance of Community Education.” She said during her remarks, “The African American community must become better advocates for health care.” She went on to say, “We must demand access to clinical trials. Do we know what the PSA level in Black men should be? We know their testosterone levels are higher.”

The medical community needs accurate answers to such questions, instead of using clinical trial results from majority white participants and then assuming those results reflect the needs of other ethnic groups not included or underrepresented in the study.

“Health is a state of complete physical, metal and social well-being and not merely the absence of disease or infirmity,”  Dr. Winkfiled said, using the World Health Organization definition. It’s a message Mr. Thomas A. Farrington, President and Founder of PHEN, encourages through his networks with African- American Churches across the country.  Bishop Robert (Bob) Jackson (via video from Oakland California) represented the Church Partnerships and he reiterated the necessity for early detection and appropriate treatment to stop prostate cancer from robbing the Black Community of its male population. His church, Acts Full Gospel, has hosted numerous prostate cancer symposiums.

Efforts like his are needed many times over to slow prostate cancer mortality in Oakland, located in Alameda County where African- American mortality disparity rates are slightly higher than national trends (see below). 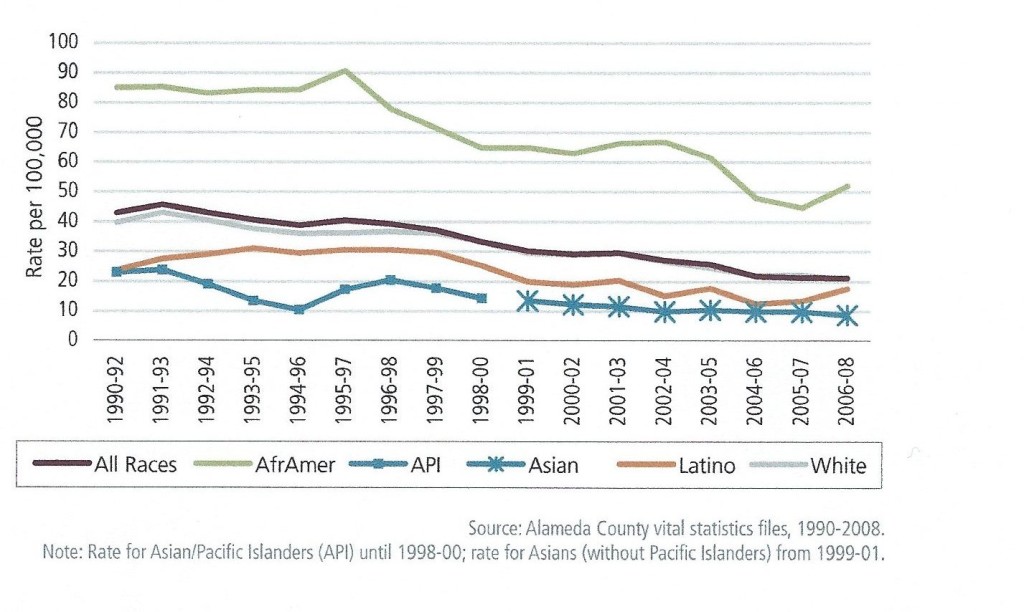 “Who are the men in the 30 percent and what happens to them?” I asked before. Unfortunately, many of them are the poor souls reflected in the death rates per 100,000. But, hopefully, through the efforts of PHEN (http://www.prostatehealthed.org/) and its community of churches, more African- American men will become survivor/warriors−stopping dream theft by prostate cancer.