Health of the Hood: The Dimond & Laurel Districts

Greens relaxes us  in busy life. It is nice to live in a neighborhood that can see greens everywhere , such as on the sidewalk and at people’s yards. 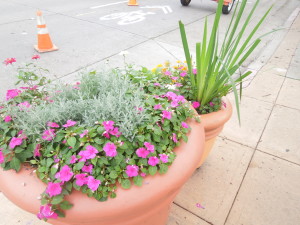 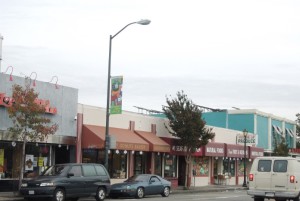 Along the neighborhood, diverse restaurants satisfies us of having different kinds of food.

It is really convenient to get daily supplies as liquid stores, gas stations, food markets, beauty salons and supply stores  are nearby.

Instrument stores and book stores provide us resources and also  improve the cultural level of the neighborhood.

Sometimes we see people  running in the morning or walking with their dogs after dinner time, but  there are not many people walk on the street usually. 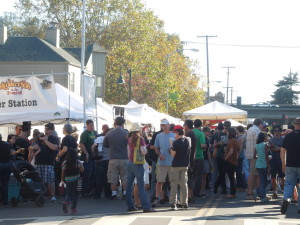 When there are special events, many people will gather together and enjoy the sun. Photo: Jian Di Liang. Oakland Voice, 2012.

When there are specific events held in the neighborhood, people are very excited to participate.

It is joyful to have events to bring the community together.

Of course, there are unpleasant phenomena in the neighborhood as well. 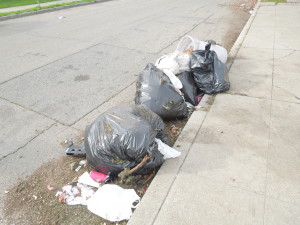 People throw their trash on the street. It is hard to stand the stinky smell. Photo: Jian Di Liang, Oakland Voice 2012.

Sometimes we see trash on the street and the smell is really bad. But no one cleans the trash up. 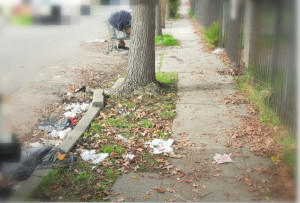 The concrete curb is broken and trash is all over the ground. The cart also shows that there are homeless people walking on the street often. Photo: Jian Di Liang. Oakland Voice, 2012. 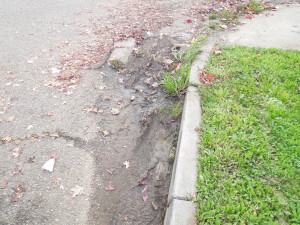 The road is not flat and it becomes a concave surface where dirt and leaves stay. Photo: Jian Di Liang. Oakland Voice, 2012.

Some streets are rough. When it rains, all the dirt and leaves flow to the concave areas and  those areas become puddles. 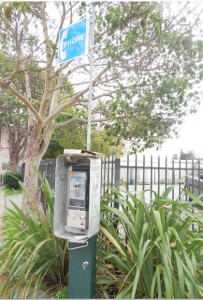 Public properties are not well protected. A public telephone is missing its receiver and sitting there as “decoration.” There is pizza box on the top and newspaper underneath.

Many stores are either closed or for leasing.  Less and less people will walk on the street nowadays as the crime rates increase. 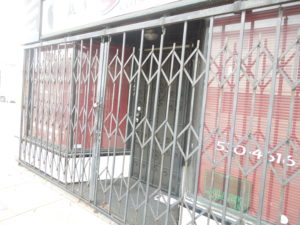 Many stores are closed, empty or up for lease. Photo: Jian Di Liang. Oakland Voice, 2012.

There is always construction on the narrow streets. However, there are always spots that need serious improvement. 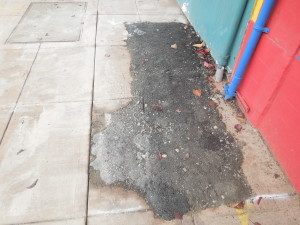