Health of the Hood: Fencing Off a Sense of Community in Toler Heights 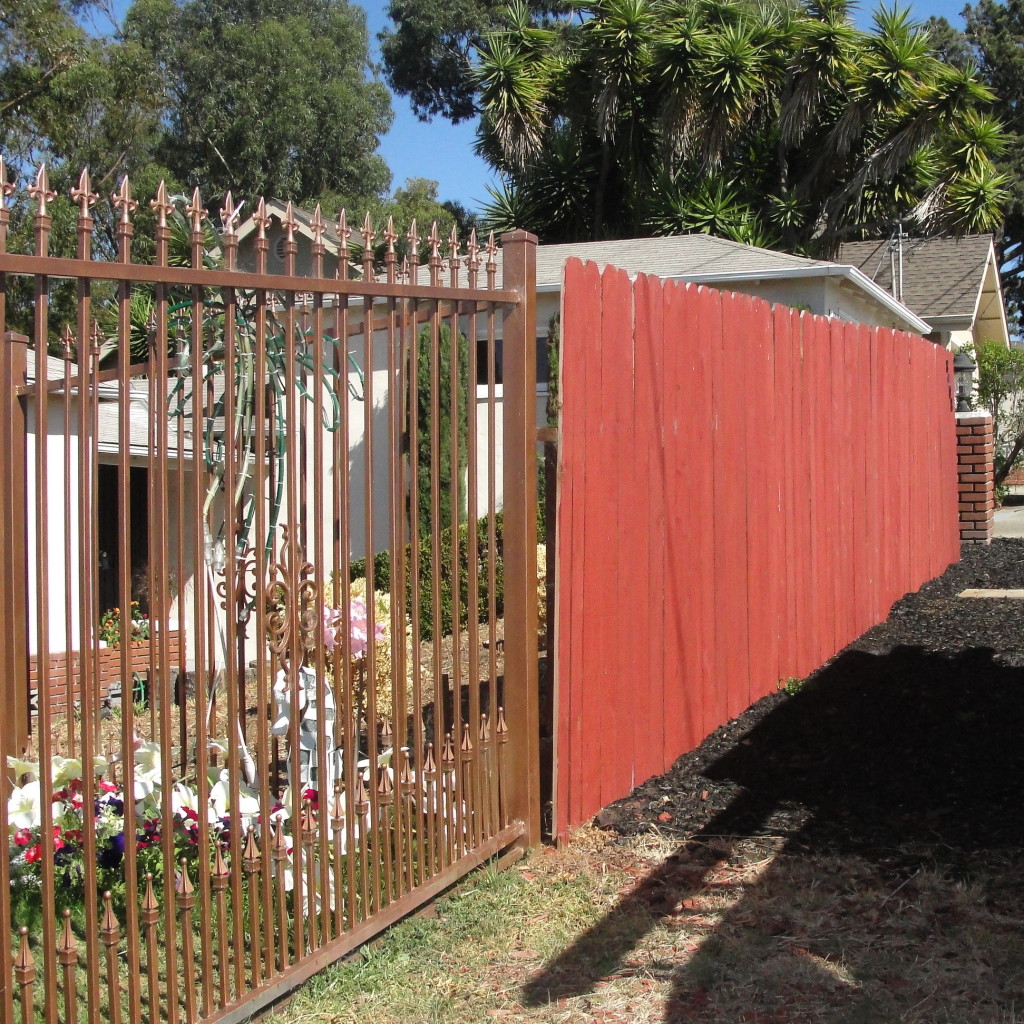 Since the great recession began and many homes were foreclosed on, a large number of new homeowners have moved into Deep East Oakland, including my neighborhood, Toler Heights.

Many of these new owners moved in before connecting with their neighbors and before they had a feel for their neighborhoods. Because some new owners thought all of East Oakland was dangerous, they erected fences that are 6 to 8 feet high.

Some of the new owners are investors who buy up several properties in short sales and then try to rent them all out. These non-resident owners tend to treat the properties the same and not pay attention to neighborhood differences.

This is actually in progress right now at Cherokee and Thermal, near 98th Ave. Three close houses are having 7 foot metal fences erected with screens, creating a fortress appearance in a residential area that has long had no fencing in front or only low and attractive fences. This is rapidly changing the character of the streets where this happens and brings down the appearance of the entire neighborhood.

Oakland, like most Bay Area cities, has set limits on the height of front yard fences, and allows high fences only in the backyard.  In 2007, following a housing study, the fence height limit was reaffirmed at 3-1/2 feet. Many other cities have set the limit at only 3 feet. Higher front fences require expensive permits. But its fully up to the  neighbors suffering the effects to request any type of city enforcement.

What my Toler Heights Neighbors Say 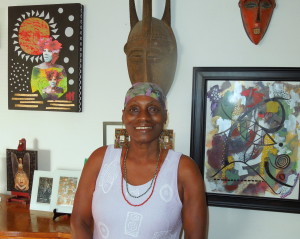 Nedra, with some of her art. Photo: Howard Dyckoff, Oakland Voices, 2012.

Nedra has lived in her family’s house since the late 1950’s.  Before that, her family lived in North Oakland.

She’s an artist, working with collage, ceramics and painting.

“I like it simple and accessible,” she said of the fence in front of her home. “I want to  be able to lean on the fence to talk to my neighbors.”

“A fence Is not a way to keep someone out.” She said that a community-friendly fence should “define the boundaries of  the house and maybe to augment its design.”

She has seen the neighborhood rise in the ’60s and then begin a slow but steady decline since the mid-70’s. Nedra remembers a diverse and vibrant business community all along MacArthur Blvd. since that was the main thoroughfare to downtown Oakland and other cities like Berkeley.

But that changed with the arrival of the MacArthur Freeway. Less traffic meant less business, and the freeway also meant easier access to larger and more distant shopping districts and malls.

“The way the community looks now, requires us to address many issues, including noise and absentee landlords. But the Fencing is the most glaring. And we need to take our neighborhoods forward.”

Nedra said that when she grew up, “most fences were wooden and about knee high so I think the fence should not obstruct but enhance your house.”

Nedra thinks the large fences are being put up by owners who don’t know or care to know much about the surrounding community. “These are people who are buying property and are not local residents and don’t look at the situation as a neighbor. So now you are walking into places that look like prison yards. If  you are afraid to live in this neighborhood, then why are you buying a house here? I don’t like it.” 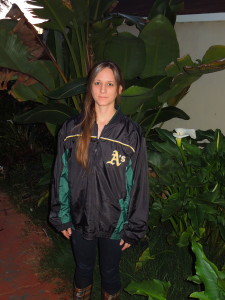 I also spoke with Rebecca and Cora further up my street. Rebeca has a 2-foot stucco fence that also sets off a small area for plants. She does have high fences in the back yard, partly to keep her dogs in.

“A neighborhood with a lot of high fences looks like a dangerous place to be,” Rebecca said, explaining that she doesn’t want that for her street. “It suggests more crime and less community”

Rebecca said she likes knowing the people on her street. “One week I had a lot of plant waste and some neighbors offered me space in their green bins. And when I was really down and under the weather, some neighbors even brought me dinner. I don’t think  that happens everywhere in a big city like Oakland.”

Cora Sue Anthony – whom you may recognize from HGTV – is a decorator with projects all over the US. She made it clear that the front fence needed to be part of the house architecture.

“First, when I see a high fence I can’t see through, I get concerned about my security,” Cora said. “What if someone is hiding behind it and grabs me or is robbing me and no one could see it? And what if someone were trying to break in?  I’d want a neighbor to see it and report it.” 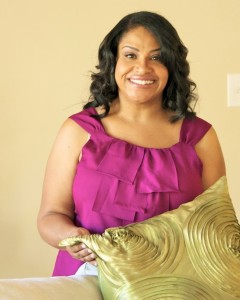 Then she added, “I’d think that having several of these massive fences will bring house values down in our neighborhood.”

Down on a connecting street, a man named Mr. T theorized that “a high fence probably means its a ‘grow’ house.” He should know.  The two houses across his street that had 7-foot solid fences were both involved in criminal activity and are now unoccupied.

Mr. T also told me that on some nights he sees flickering light inside and he is worried that it may be a drug pad or a squat. He is also worried that careless use of open flames may cause a house fire that may spread to other houses on the street.

With all the cuts to city services, he does have something to worry about.

Click here to read a 2007 web posting about an Oakland home owner wanting to erect a tall fence and needing a city permit.