Profile of The East Oakland Switchboard 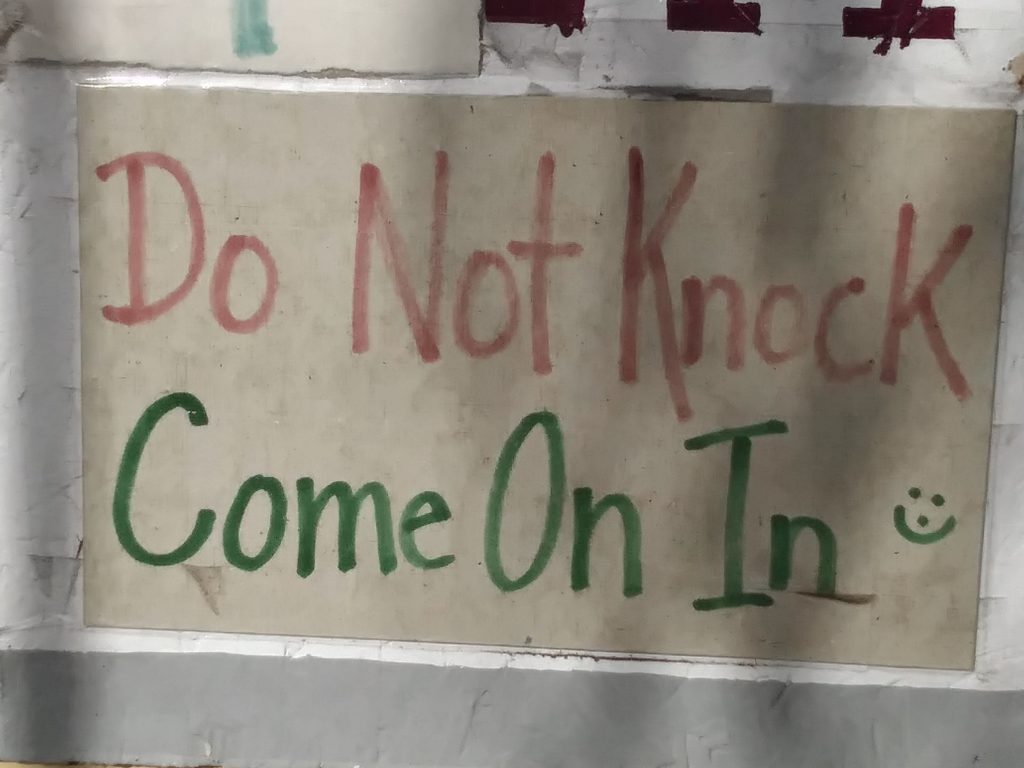 The East Oakland Switchboard is located right around the corner from me.  For three years, I’ve walked and ridden past it and wondered what the business does.  Formerly homeless, I could tell it was a non-profit organization, but because I have never seen any lines of people around it, I remained mystified.  I could only see a sign that states, “Don’t Leave Donations on the Porch.” 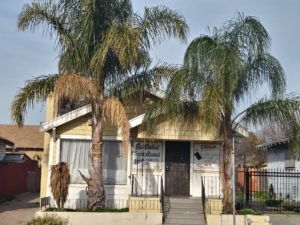 The outside is shaped like a regular house but with a large advertisement on the front of it.  It sits on 73rd Avenue between International Boulevard and Bancroft Avenue, on a mostly residential block. There are other businesses and establishments, including Anna’s Massage, Eddie’s Market, Greater Refuge Church of God, Metro PCS and Brookins AME Church.  There’s usually more auto than foot traffic; however, I’ve seen people going in and out of both stores and activity on the playground of Markham Elementary School that sits next to Brookins.  Additionally, Brookins usually has lines during the holidays for food giveaways and a little farther down, Larry’s Christmas Trees annually occupies the lot close to International Boulevard, selling live Christmas trees. 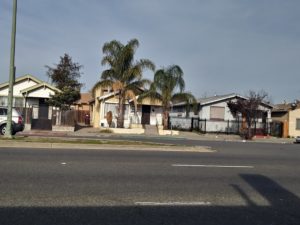 I searched for The East Oakland Switchboard online but found no website or pages on the major social networking sites such as Facebook, Twitter, Instagram or Linkedin.  I did find an outdated or erroneous business description on the Need Help Paying Bills website, 12/27/17 and their full contact information on Google Search.   I called and wasn’t able to reach them.  With a day off from my temp job, that morning, I planned and executed my errands, had lunch, then headed to East Oakland Switchboard!

As I stepped up on the porch, I noticed the sign that said, “Do Not Knock, Come On In.”  I thought this gesture was old school, homely-like.  I wasn’t disappointed.  Inside, there were two full-sized desks with two professional-looking women sitting behind them.  There were a couple of soft-looking leather sofas and chairs.  It was neat and clean and although the curtains were closed, there was plenty of natural and electric light.  I was greeted with a smile as I introduced myself and requested an interview.

Lynn, who didn’t want her last name used,  said the director, Gloria Perkins, behind her, was the person who I’d need to speak with. I later found out that Lynn does intake.  I re-stated my mission, Perkins agreed to an interview and retrieved a chair for me from another room.  This was my first sit down, multiple-question interview.  The others had involved a quick introduction, a few questions, where the conversation was less than five minutes.

Perkins answered my questions but refused to let me take pictures of the inside of the building and staff. She did give  me permission to photograph the outside and gave me a walkthrough of the facility, including an elaborate description of their storage system.

The organization provides information and referrals. The walls are covered with large posters of neatly -written lists of contact information for legal, drug and alcohol, housing, food and healthcare resources.  Perkins said their mission is to keep people fed and comfortable, mostly fed.  Their clients are individuals or families who have run out of food or food stamps; some live in their cars.  Most are on SSI and come in once a month for food.  Their food packages are nutritionally balanced and include meat and a lot of the time, fish.  During holidays, they provide additional, specialized packages.

People cannot walk in off the streets for food service. They must be referred by the Alameda County Social Services Department which funds East Oakland Switchboard. They don’t have an answering service or website presence — to alleviate aggravation for clients.  When clients call (510-569-6369) during their office hours of 10 a.m. to 4 p.m., Monday through Friday,  they speak directly to a live person.   They receive their food from the Alameda County Food Bank.  Because of the contract with the county, they’re audited every year by outside auditors.

East Oakland Switchboard used to be located on MacArthur Boulevard but relocated in 1969 due to the small size of the office.  Perkins has been the director since 1974 and works alongside three others:  two do intake and one does maintenance.  While she said she believes East Oakland is a high crime area with lots of drug trafficking, she’s happy about the strong police presence that has always been there, even without the mini police station a couple of blocks away.

East Oakland Switchboard has secured windows but the director said she believes our community members have respect for and know them.   When she comes in the morning, there may be people sitting on the steps but they move when they see her.  Once after a break-in, a neighbor watched over her as she entered and inspected the property.  Additionally, she has a contact at the Oracle Arena/Oakland Coliseum who often provide them with 200 to 300 free baseball tickets; the clients sign up for them.