I live a block above MacArthur Ave., between Fruitvale Ave. and 35th St., so we aren’t really in either the Dimond or the Laurel Districts. I looked it up once and learned that it’s called the Maple Heights neighborhood, but we’re not in the heights and I’ve never heard anyone refer to it that way. We’re located way down from the Mormon Temple, whose fake gold shining steeple can be seen at night through trees and over roofs.

There are small, single-family homes built in the 1920s and 1950s; one- and two-story fourplexes; three- and four-story apartment buildings; and some townhouses. There are also a couple of houses that were once stores—their corner front doors and expansive windows on either side remind us of what the neighborhood may have once been like.

The city’s long-gone tree program has left some of the streets brimming with trees, whose leaves turn brilliant oranges, reds, and purples in the fall. 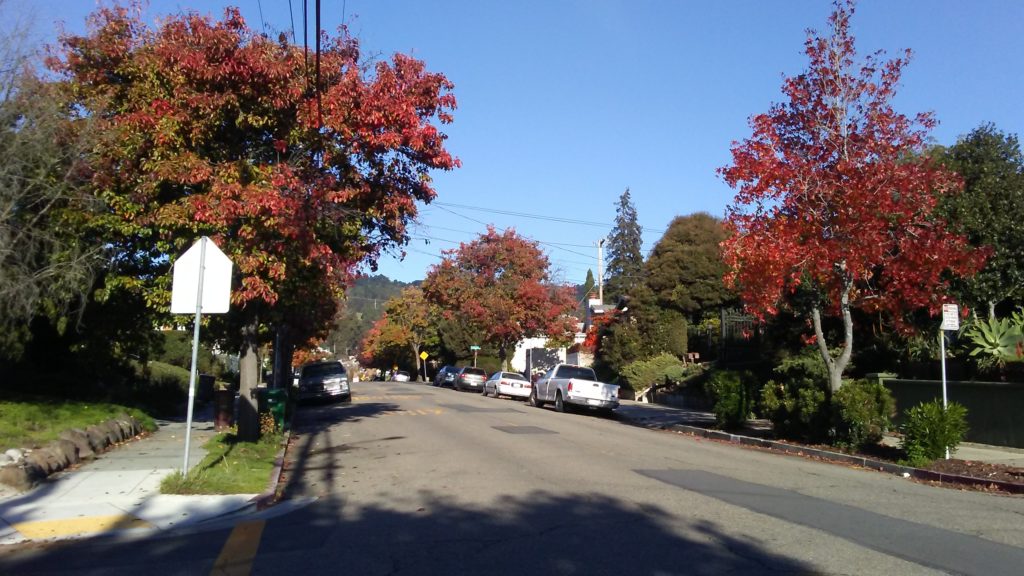 Although most of the neighborhood is residential, there’s a small commercial section on MacArthur Blvd., on either side of Maple Ave. Small businesses open and close quite quickly, but some are staying and a few have been here for a long time. There’s a Yemeni-owned corner store, where high school students hang out while waiting for the bus to take them to school. There’s also a Chinese restaurant and a beauty salon, Explosions.

One well-established business is The Food Mill, a natural foods marketplace that has been in the neighborhood since 1933. The store sells bulk foods in bins, delicious breads and cookies baked on the premises, fresh organic produce, and shelves of supplements. 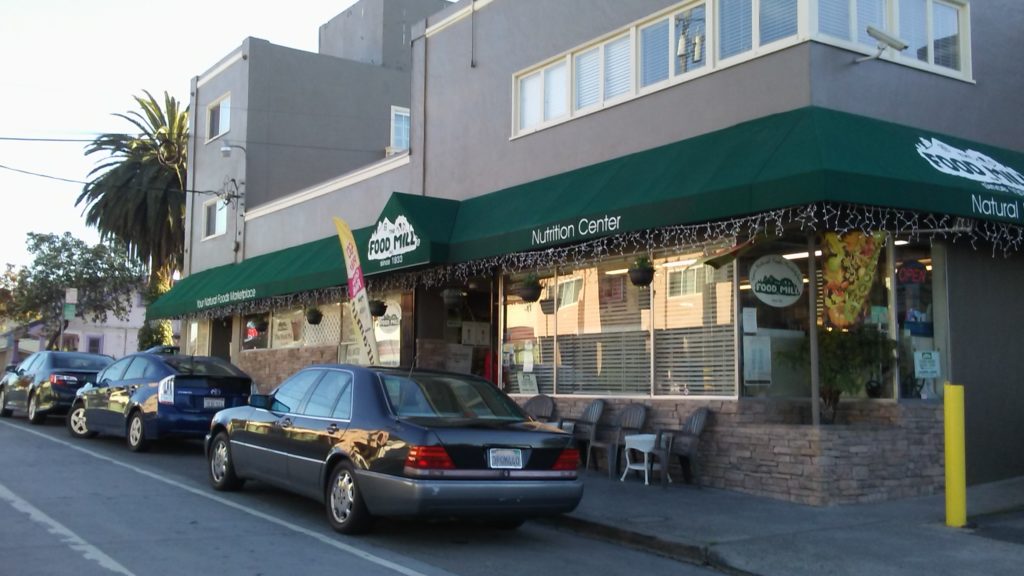 If you’re lucky, you may be served by assistant manager Michael Lewis. Lewis has worked there for 31 years and he has barely changed in that time. Always a quick, genuine smile of welcome. Always attentive and helpful. Always upbeat. 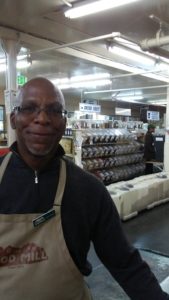 “I like the people here, the customers and the employees. Every day we come to work, it’s different. I like the personalities of the people I work with. The cranky and funny. The young and spunky. They’re all different. That’s the glue that makes the place work,” Lewis said when explaining why he enjoys his work and why he has stayed here for so many years.

Across the street is Café 3016. “It’s a friendly, family-oriented, community-based neighborhood,” said Amber Poon, explaining why she and her husband, Edwin, opened it in 2013 on this block of MacArthur. 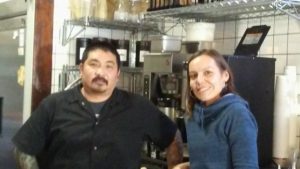 Amber grew up in the neighborhood and went to local Oakland schools, as are her children. Café 3016 is doing well, in large part because it sells good coffee and has loyal customers from the neighborhood. But, Amber commented, pointing south towards 35th St., “I wish some of the businesses up the street (in the Laurel District) would come down here,” a reflection of how small businesses need vibrant neighbors.

Just a couple of stores down the block from Café 3016, on the corner of MacArthur and Maple, is Fazule and Sons Plumbing, which opened just a few months ago in this neighborhood. When he opened the store, Fazule promised to be a good neighbor, to paint a mural on the north-facing wall, and to display art. And, he’s done all that. 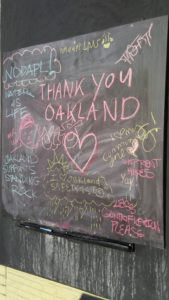 Before Fazule and Sons Plumbing moved in, the space was occupied for many years by the Martinique Bar. “It was a neighborhood bar and people would go there for a couple of drinks before going home for supper,” said Graham Carter. However, after a change in owner, the Martinique became a neighborhood problem. “It polluted the neighborhood,” Carter said.

Neighbors who lived close by had to deal with excessive noise in the middle of the night, sex on front steps, guns being fired, vomiting, feces on the sidewalk, used condoms thrown in bushes, late-night drunken brawls, and smashed-in car windows. The neighbors organized and, after many years of neighborhood activism and numerous meetings with city officials, the city closed the bar. 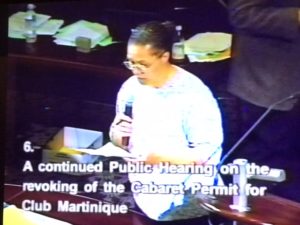 There are lots of creeks running through the neighborhood and that means we see wildlife, even though we live in the city. I like to leave the backyard light on while I’m still up so I can catch any wildlife passing through and I’ve been rewarded many times: skunks on their way to the opposite side of the street; raccoons—one evening, a mother raced through with four babies clinging to each side of her; wild turkeys—one afternoon, when coming home from walking around the neighborhood, I followed a flock of wild turkeys running up the street. 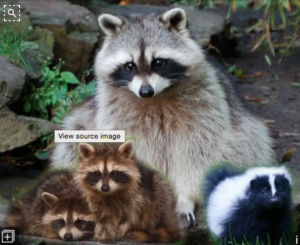 We have some institutions serving people from the community, as well as elsewhere. There’s Bret Harte Middle School, where my three children attended when it was still a junior high school. When not playing basketball in the school yard, they would sometimes sneak home for lunch, and then have to sneak back in when the end-of-lunch bell rang. 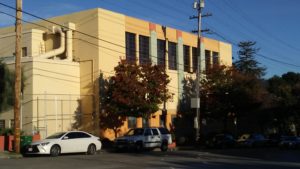 We also have a safe house for women. And, there’s the Fred Finch Youth Center, established in 1891, located in a beautiful three-story, white-walled building.

It has “offered hope and healing for vulnerable youth” for the past 125 years; this is where the author William Saroyan was placed in 1911 at the age of three after his father died. On hot summer days, music and the voices of young people talking, laughing and singing carry through the air. 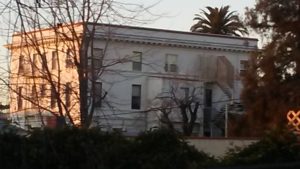 I like living in my ethnically and socio-economically mixed neighborhood. The neighborhood is changing, slowly. For small businesses and property owners, it may be advantageous, though where homeowners would move to if they sold their houses is a question mark. An even bigger question is where renters would go if rents go up. This is the conundrum (or what shouldn’t be a conundrum)—how to improve a neighborhood without losing its mixed ethnic and socio-economic character.