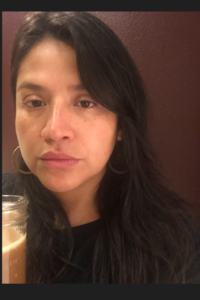 Oakland Voices has a tradition of having a pizza party before heading out to collect stories on election night. My stomach jumped around and though the pizza looked lovely, I couldn’t eat. Which is odd for me. I can always eat.

“You gotta get out of that space and just move forward for a couple of hours. Try not to let this affect your experience,” Martin Reynolds, co-founder of Oakland Voices, said to us before we headed out to collect stories on local Oakland candidates and measures. Most of our facial expressions and body postures displayed anxiety and dread around the national elections as we watched Trump win electoral college votes, state after state.
I appreciated Martin’s words and tried to hold onto them as my reporting partner and I went into the evening in search of a story around measure JJ—the Housing/Rent Control measure, which won by almost 74 percent and faced no organized opposition. We headed to Sole Space and spoke with some folks who helped shape and campaign for measure JJ.

Everyone was friendly, open to speak with us and encouraged us to stay for the party. I rarely feel  a total sense of belonging and I felt 100 percent at ease. These were my people. Folks of all identities, ages and shades came together to help bolster Oakland’s local economy from the ground up.

Lateefah Simon, who ran for BART board of directors, called for transportation justice and mobility as a human right. She said this fight is beyond democracy. People cheered. (She won.) I felt totally connected and uplifted. Still, I’d steal glances at the projections for the national elections and felt sick. I quickly guzzled two glasses of red wine, even though I usually employ mindfulness when trying to escape icky feelings—my self-control was nil.
I spotted a super buttoned up man in a suit–a total outlier. It was like that game, ‘something in this picture doesn’t fit.’ I asked him if he was Dennis Herrera, SF City Attorney, and he laughed and said he was from Univision in San Jose. It made me curious—as Univision’s representation reflects light-skinned, whiter Latinos. Indigenous and Afro Latinos are rarely represented, to the point of erasure. I wondered why Univision took interest in Oakland trying to address gentrification and economic stability for its longtime residents. Their whole set-up—a large, fancy camera, van and several staff, seemed to contradict the vibe.
My partner and I decided it was getting too hot and too crowded. I drove her home and headed to my own home. I followed the national election on Twitter while forlornly hugging my biggest dog in my bed. I fell asleep around 12:30 a.m. with the cold knowledge that our country voted and exposed its true colors around racism, misogyny, xenophobia and hatred of others. I couldn’t sleep. I can’t say I’m surprised. A part of me feels relieved that we know where people stand in this country and what their vote says about them.

Marco Rogers, someone I follow on Twitter, summed it up like this: “How did we get here? Because y’all decided racism was over without ever addressing it.” It’s time to address what motivated these votes that put such a questionable and absurd figure into office. My therapist says, “if you can’t name it, you can’t fix it.”

I’d like to say that my fire to contribute locally has been re-ignited and that I’m ready to go. But I’m not. I stayed in my house from Thursday night to Sunday morning, unable to interact with society. I feel unsettling suspicion for peripheral acquaintances. My next door neighbor—did she vote DT? My yoga classmates? I feel disconcerted by the national gaslighting we are experiencing. Those who disavowed DT now want to, “give him a chance.”

The Southern Poverty Law Center recorded 250 reports of hate crimes since Nov. 8—which is the amount the organization usually receives in a five to six-month period. BART sent a tweet for its riders to exercise respect. Although my suspicions were confirmed that we live in a country that largely denies that it was built on the backs of indigenous genocide and enslavement of African people—this feels like a new societal level to me. I am torn.

All I can do is let time pass so I can have clearer thoughts. My Sunday morning yoga class focused all on our inner foot and how it connects to our legs and pelvis—the foundations of how we literally walk. My teacher said it’s time to assess what we stand for, and how we walk in the world.