I have been coming back and forward to Oakland for the past five years. Oakland was the place that really caught my attention more than any city I ever visited, and I have visited a lot of cities. I found Oakland very interesting – full of activities, places to go and it has awesome weather. Feeling this way, I decided to move to this town and see for myself the way Oakland really is. Since I came to Oakland, I have seen very little change; I think that change is not seen very dramatically  in five years, so I decided to ask some native Oaklanders. 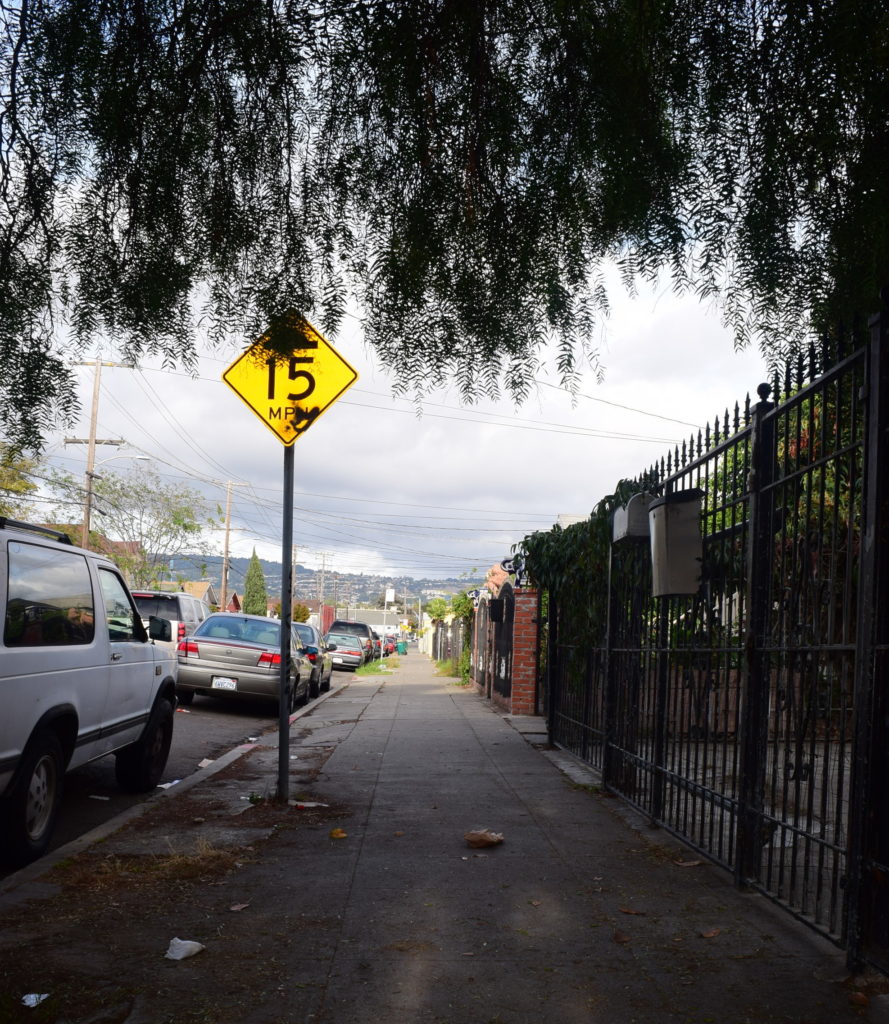 Carlos Garcia who is 24 and has lived in East Oakland his whole life told me some important facts about the way Oakland has changed. My interview was mainly focused on police, crime, drugs, community and the factors that are creating a change in Oakland, including people coming from other towns like myself.

Garcia said:
“The police used to be really strict and tough back in the day (10+ years ago). They used to also be more racist. I would get stopped a lot just for looking Mexican, but I feel that that has decreased. I don’t get bothered by the cops as much as I used to back then.”

“Living in East Oakland, it was normal to me; I didn’t know any better. One thing I did know was that West Oakland was a very dangerous place,  night or during the day.  In East Oakland along E. 14th , from 60th-90th streets, there were always shootings and drive- bys happening around there. But I feel like that has decreased and that has a lot to do with the fact that a lot of gang activities have been kept in control by the police. People still get robbed and assaulted but its not as much as it was before. Oakland is changing.”

“Now, talking about street drugs, I can say that there has been a slight change. I mean crack-cocaine has always being really big in the black community- that hasn’t changed. Medical marijuana clinics have opened up making it more accessible and less risky for users. Crystal-meth has always being around as well but it’s not as popular as crack-cocaine. But the increase in heroin users has been very notorious with in the last three years, something that I have also noticed in other big cities.”

Garcia continued talking to me about the community and the changes that he has noticed.

“There are still a lot of Oakland natives and local business that have been here in Oakland since I was a kid. A few of my friends have moved to other cities to be able to afford their rents and cost of living. They’ve moved to nearby cities like Richmond and Sacramento.”

“The cost of living has being increasing in Oakland for the past four or so years and I think that has a lot to do with the fact that there are a lot of newcomers in to Oakland – most of them white.  You can see that especially in downtown areas, but East and West Oakland are also being affected. I don’t now if that is a good or a bad thing, but I hope these people respect Oakland for what it is and don’t try to change it to fit their needs.”

Garcia is a nice guy who I met  at my work place about five months ago.  It is very nice working with someone who can tell me the way things really are in Oakland. He recommended that I take  the bus route 1 to see a lot of the main parts of Oakland for myself.

From what I heard from Garcia and from what I have seen around Oakland, it seems like Oakland is undergoing some changes. I do agree with him. I don’t know what changes will come- will they be good or bad?