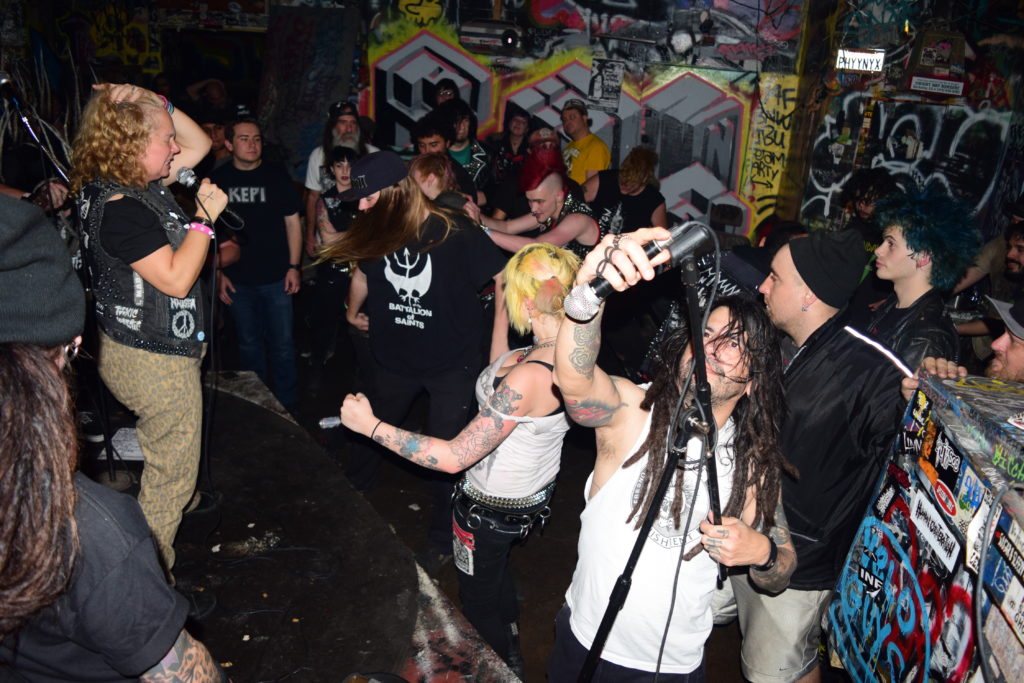 Punk Rock started in the U.K. in the late 70’s and is still recognized today for the wild looks and strong attitudes; it is still popular in a lot of places around the world. Oakland wasn’t going to miss out on this social movement because urban cultures like Punk Rock tend to happen in big cities. Then it spreads its message of awareness on social issues, animal rights, ecology, being yourself and not caring about what the general society thinks.

Chuck Franko is very active in the Oakland punk scene. He is a show organizer, drummer, guitarist and a lyricist. He plays in two bands at the moment – “Crimson Scarlet” and “Isotope.”

Franko is 34 -years- old and has been in the punk scene since he was 13 – that is 21 years of Punk!  He has toured all over the United States,  playing in bands like “Desperate Hours,” “Ell” and “Rat face,” among others.

He has lived in Oakland for about six years and has been involved in organizing shows for the touring bands of friends who he has met through his punk career and referrals he gets from different people. Franko also finds housing for the bands and sometimes feeds them while they stay in town.

Some of the venues where he makes the shows happen are Golden Bull,  World Rage Center, One Fam and  Church of the Buzzard, which are in West Oakland and downtown, and the Hidden Temple and the 7th Street Warehouse, in East Oakland.

Setting up shows is a lot of work, pressure and takes a lot of time, according to Franko. I asked him what he thinks about the new people moving into town. 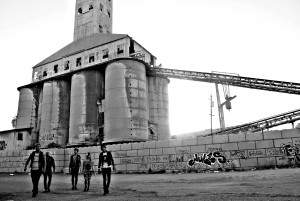 “Punks are the first wave of gentrification,” he said. “We are all poor and look crazy but still want to be part of our community. We are the working class too.”

He continued: “The new people coming into town are alienating themselves and are expecting Oakland to change into the way they picture an ideal place to live. These people need to respect the neighborhood, local business and the people that have lived here before them. Stop being a jerk to the natives and the locals.”

In the last six years, Franko has seen a lot of punks come to town, which keeps the scene going strong and steady. The youth continue to come together to organize shows, swap meets (i.e. Bizarre Bazaar), and BBQs all over Oakland.  There is going to be Punk for a while. 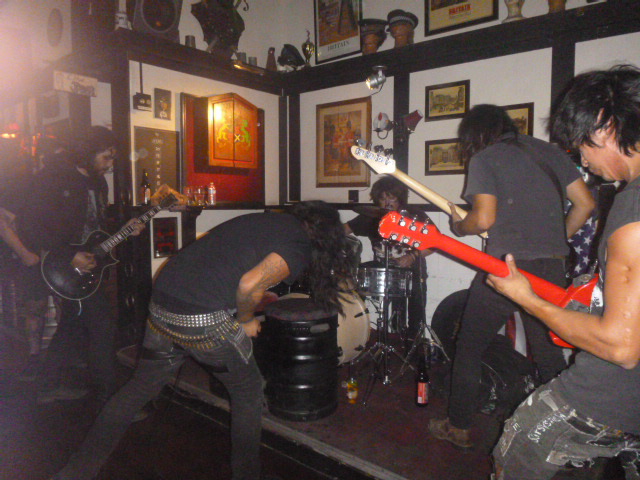