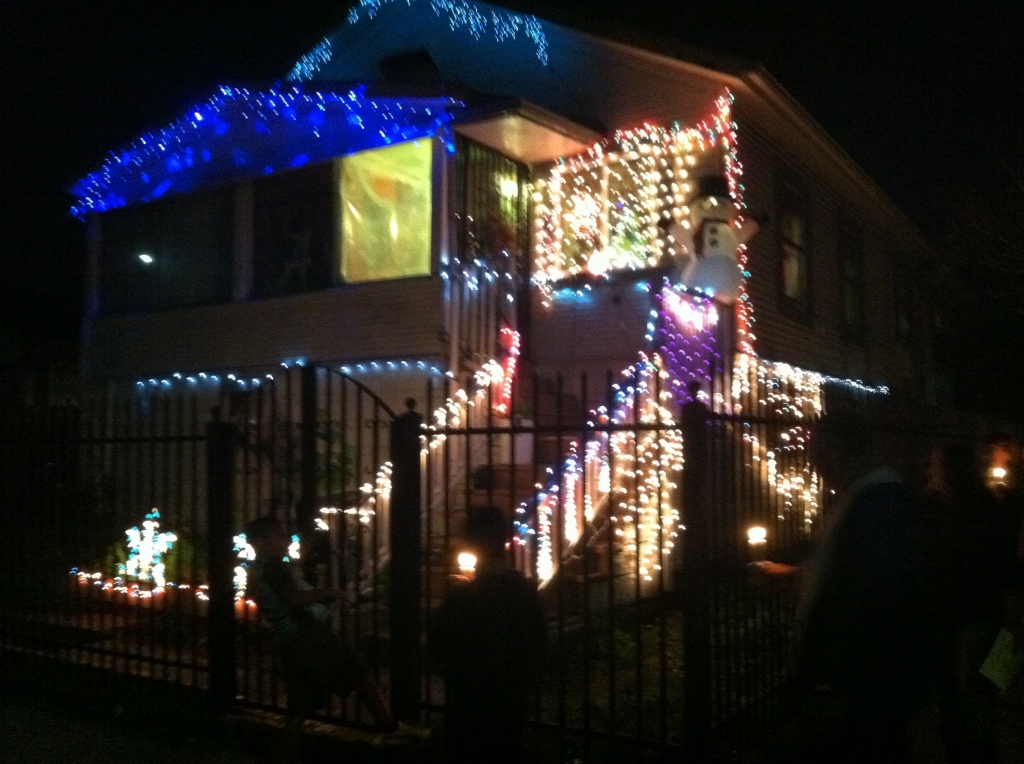 In the darkest moments of people’s lives there appears to be an innate desire to search for hope. And evidence of that hope is often marked by reference to light. The month of December in the northern hemisphere is such a time.

Ancient peoples sought light on the longest and darkest night of the year, as the winter solstice began in the northern hemisphere, by looking towards and celebrating the natural solar system and the impending return of the sun. Others sought hope by referencing human activity which they interpreted as divinely inspired signs of light.

But what does this apparent human desire for hope masked as light have to do with East Oakland in December 2014? Plenty it would seem.

Canticle Farm, a small urban farm rooted in faith-based non-violence, social justice principles and ecological transformation in the Fruitvale neighborhood, celebrated the turning of the seasons with an evening of song, poetry and art in the Holy Names University Chapel on the evening of December 21, the winter solstice and the final days of the liturgical season of Advent.

“We wanted to offer a sacred evening of song, word and art to slow down, and await the rebirth of light in this Advent season,” said Anne Symens-Bucher, co-founder of Canticle Farm. Performers represented varied cultural and ethnic backgrounds which confirmed the universality of such beliefs.

Other East Oakland residents, equally beleaguered by forces of creeping gentrification and crime, refused to allow their spirits to be dimmed. The approach of the holiday season inspired residents to decorate their small homes and apartments with a flood of lights.

Asked why they would bother to decorate their houses, people like Barbara Zavala offered three reasons. For her, gaily decorating her house was “…. a reminder of traditions which were a part of my life in El Salvador before I came to the United States,” she said. The lights also represent the angels and Virgin Mary who reflect light. Lastly, she candidly noted, “the lights are a way of keeping those who might intend to cause harm to stay away.” 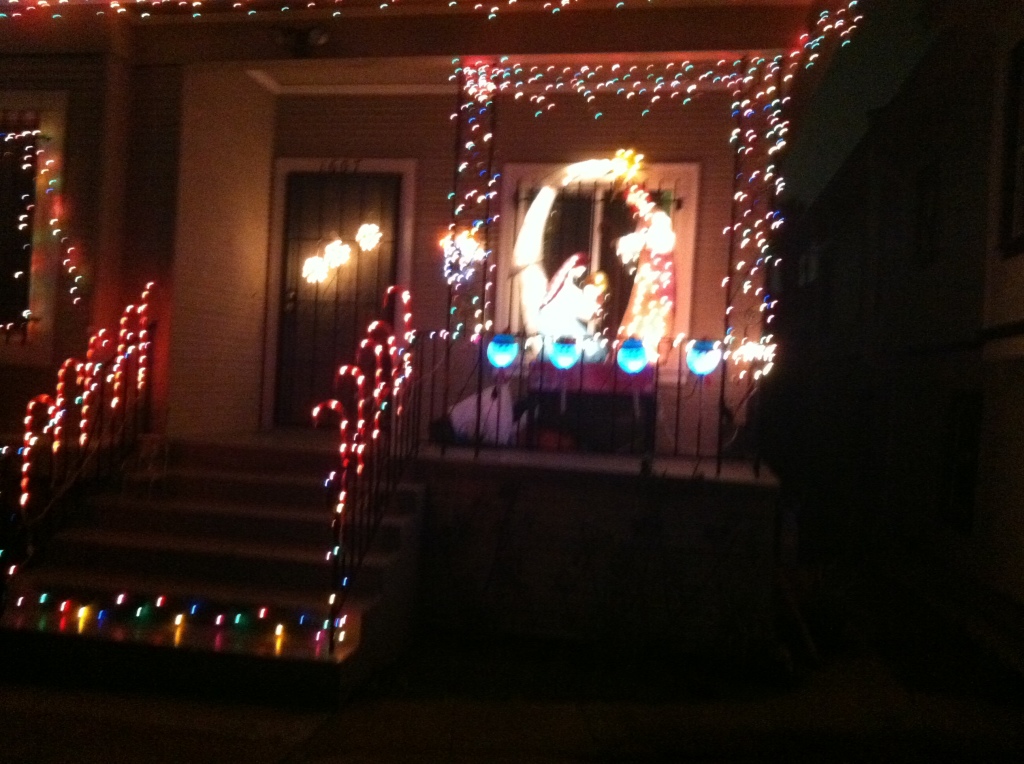 On Decmeber 19, participants of the Friday Night Community Walk in East Oakland associated with Ceasefire Oakland walked the neighborhood streets between 85th and 90th Avenues, bordered by International and D Streets, holding battery-operated candles aloft. They are part of a group of dedicated citizens of different faith traditions, or no faith tradition, and of many different ethnicities who walk nearly every Friday night to demonstrate their concern with the safety and well-being of their fellow Oakland neighbors.

They walk, encouraging neighborhood residents to be safe, offering resources for help if they are desired, and a friendly ear to listen or pray with for any who requested such assistance.

Rev. Damita Davis-Howard who coordinates the walks each Friday night said, “People love Oakland. They genuinely care about the neighborhoods and the neighbors that experience violence in them.”

Another regular walker John (he only wanted his first name used), sees the Friday night walks as a way of offering hope out of the twin dilemmas of criminal activity and lack of employment opportunities. He hopes through the weekly walks “….the residents of East Oakland will have opportunities for meaningful and dignified employment and that such opportunities will draw people away from illegal activities, thereby reducing gun violence.”

Las Posadas, the annual Latin American pre-Christmas devotion marking the desperate search for shelter by the pregnant Mary and her spouse Joseph took on even more meaning for the immigrant communities who’ve resettled in East Oakland. Like the proverbial Mary and Joseph, they too have been driven far from their homes by forces far beyond their control. Whether it was fleeing from the brutal violence of the U.S.- backed civil wars that plagued their countries in the 1980’s and early 1990’s, or from the vicious gang and drug violence and deplorable economic conditions at home more recently, they too search for light and hope.

Daniel Pinell, an organizer for the East Bay Interfaith Coalition for Immigrant Rights (EB-ICIR) helped organize a political version of Las Posadas at Primera Iglesia Presbiteriana on High Street, which included immigration police and opponents of immigration reform.  “Posadas means for me simply, in one word, hospitality,” Pinell said. “How we receive the stranger, especially the least of these, should take a center role in how we follow the faith. It is curious to me, and a rather telltale sign, how as a nation we continue to treat the least of these with utter disregard for hospitality. That the ‘Gospel on Five Fingers’ (You Did it for Me) as Mother Theresa so famously taught (Matt 25) is so poorly lived in a nation with supposedly Judeo-Christian values is mind boggling.”

Other Latin American East Oaklander’s participated in Las Posadas organized by the Comite of the Oakland Catholic Worker. They walked their neighborhoods on Tuesday and Wednesday evenings prior to Christmas, carrying candles and singing traditional songs associated with the anonymous innkeeper’s rejection of Mary and Joseph.

The Wednesday evening Las Posadas concluded with a festive party hosted each year by Corazon del Pueblo owner, Josefina Lopez. Traditional Las Posadas songs were sung as young children dressed as Joseph and Mary carried an infant doll and gently placed it in the creche underneath a beautifully-decorated Christmas tree. A reflection was offered by a member of the community and then all gathered to eat and enjoy games.

If it is light that reflects hope, it’s clear that East Oakland residents are filled with hope despite the obstacles and challenges they face.

Tom Webb is a regular participant in the Friday night community walks and a staff member of the Oakland Catholic Worker.