The Invisible Hand in Our Hoods

While writing about the Ferguson shooting of an unarmed African -American teenager by a white police officer, I came across the concept of Structural Vulnerability. I met with Professor James Quesada from San Francisco State University, a medical anthropologist who has written and researched this topic extensively. I wanted him to help me understand how Structural Vulnerability appears in my Oakland neighborhood.

“Vulnerability in the term Structural Vulnerability refers to a person’s social position in any kind of social setting or social field,” Quesada explained.  ” A social field is any space a person is occupying; it can be one’s bedroom, inside your car or the street corner one is standing on.” He explained that people within the social fields  are also part of a hierarchy that is not an even-playing field. He was paraphrasing a prominent French social theorist, Pierre Bourdieu.

In other words, even though I have earned my masters’ in public health and work hard for everything I own, I still have a physical appearance of  a Mexican/Hispanic who happens to live in East Oakland.  Along with this social position come many daily social relations that I tend to manage without issue. 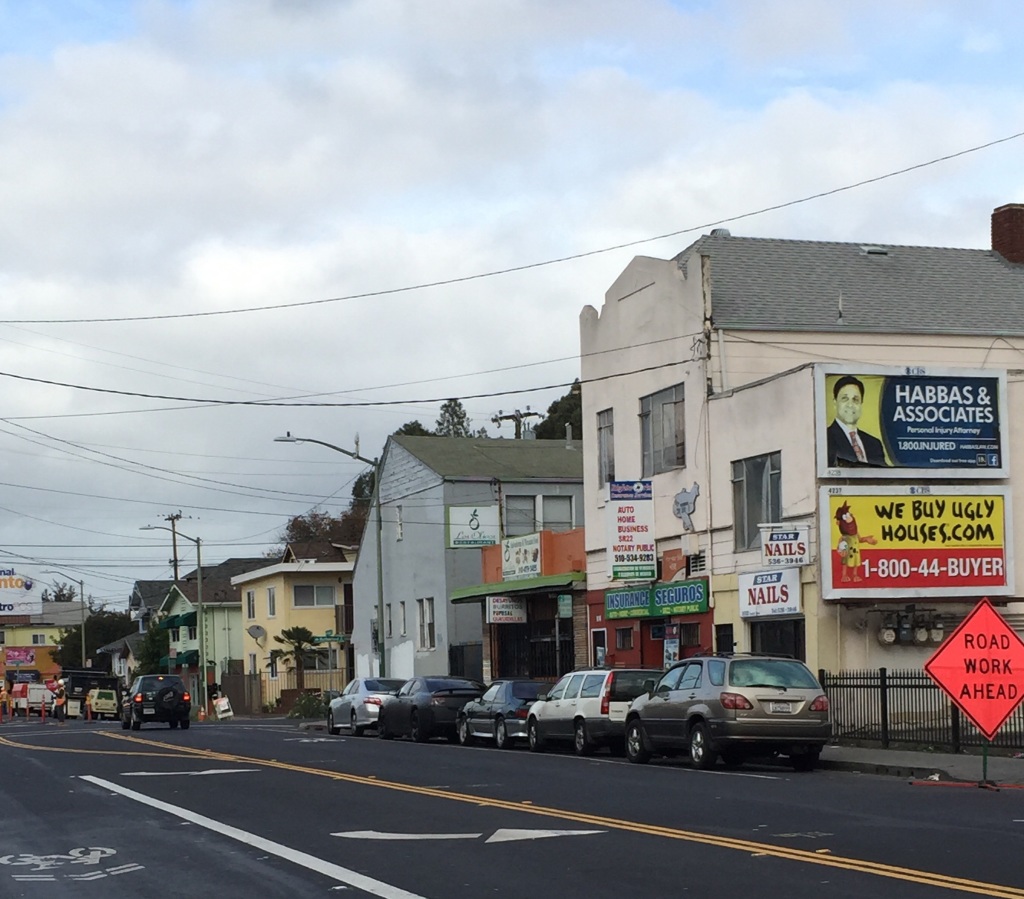 But for many of us in urban environments like East Oakland, the “uneven playing” field that Quesada refers to constantly puts us at risk for harm. “You do not need to even talk or exchange words to influence your social field and to be in a vulnerable social position,” Quesada said.

Some parents understand these social dynamics and are coping in various ways.

“My oldest son, (18-years-old)  until this day, cannot wear red or blue clothing. He went to a private school [in Oakland] and part of his uniform was a blue cardigan sweater, but he could not wear that! ” said Sonia Arias, an Oakland born Latina who was raised in the Fruitvale neighborhood. She was referring to the fact the colors red and blue were claimed by  gangs, marking the wearer as a possible target.  “I never let him walk home, despite living near his school. We taught him to respect his elders and authority but not to have blind trust to all,” she said, referring to police in general.

Arias didn’t use the words Structural Vulnerability, but she gave a textbook example of it; she understood her son’s social position and his intrinsic risk by being young, Latino and an Oakland resident.

“One key aspect of Structural Vulnerability is that it is often hard to pinpoint the culprit due to deliberate power imbalances. Even more difficult than identifying structural vulnerability is assigning liability” said Daisy Ozim, a student at San Francisco State University who has lived in East Oakland. “A young prostitute standing on High Street and International Boulevard is Structural Violence,” she said, using  the term that describes how individuals are damaged by social structures.

Increasing our awareness of our social positions and linking how policies or lack thereof manifest in our neighborhoods may help us better negotiate risky situations.

“This self-awareness is a critical one, because it helps me negotiate my attitude and behavior when in the presence of police in general or when engaging with community members,” said Jerome Loston who briefly lived on 77th Avenue and Spencer in East Oakland, and now lives in Manhattan.  “For one, I am conscious of my surroundings, where I am standing, who I am with and who is observing my actions. I am constantly calibrating! I am consciously combining worlds: East Side Oakland, Berkeley, Richmond, Brooklyn [NY], Manhattan, Paris [France], Africa. I bring it all and don’t tell nobody [sic]!”

Of course we all experience different social relationships. Quesada said for some, forces socialize them, teaching them how to behave and carry themselves in public. These forces may be invisible, but if we are going to survive them, we must begin to understand our social positions and in the process, take back our hoods!