Little boys’ innocent faces sparkled as I watched some of the youngsters , pre-school  to third graders, play tag after the lunch break at the 9th Annual Man Up! Conference held at Oakland High School and sponsored by the office of African American Male Achievement (AAMA). “Tag you’re it,” one of the little boys said to his playmate as I watched and ate. If only their fresh smiles could be etched in society’s memory, then perhaps their educational opportunity wouldn’t shrink as they mature and move to the back of the picture. Unfortunately, California’s budget prioritization feeds the prison pipeline at the expense of educational programs.

Therefore, community change agents like the AAMA are needed to induce a deep thirst for knowledge in our boys while arming them with self love, so they may graduate on time to pursue  college or a career.

In the morning session, AAMA provided square wooden frames and guidance on how to make a drum with tape. The  beginning of their tactile-infused learning journey designed to connect them to their collective syncopated memories that were suppressed, when slave traders stripped Africans of their names and culture. By including drum making and playing, AAMA captured the boys’ attention and taught them yes, you can achieve−success manifested in showing and doing, not just telling. It is an educational  communicative strategy that AAMA incorporates in its pedagogy of engage, encourage and empower.

After lunch, the boys rotated through four afternoon breakout sessions: Digital Story Telling, School Success Pays/STEM, Physical Fitness, and Tied To Greatness/Dressing For Success. I joined Chris Chatmon, AAMA Executive Director shown helping a boy, in the Tied To Greatness session. The young men in green tee shirts and I showed the boys how to tie a tie and through repetitive hands on practice, their fingers learned the required movements to tie a full-Winsor knot.

I shared my  experiences of wearing a suit and tie to work as a gas engineer at PG&E. I told them, “The tie was part of my work uniform and it was required in some good paying careers.” I was surprised at the number of middle and high schools students whose favorite class was math, and I told them to, “Keep getting A’s.”

I  met Chatmon at the first Man Up Conference he put on five years before the inception of AAMA. His spirit then, as now, demonstrated his love for helping black boys thrive. He constantly says, “It’s not about me, it’s not about us, it’s about our boys,” and that mantra continues today.

I had the pleasure of witnessing 91-year-old Wright stand up to the podium at a recent school board meeting and say, “Welcome,” to his 21st OUSD’s Superintendent, Antown Wilson, an African American. However, it was former Superintendent Tony Smith, a white male, who established the office of AAMA in 2010, the first of such departments in the country. Thank-you Mr. Wright for caring and becoming a pivotal community change agent.

Smith selected Chatmon as AAMA’s executive director and assigned Martin Abdel-Qawi, a former teacher and principal,  to assist Chatmon in developing the department. Chatmon and Abdel-Qawi developed the Manhood Development Program (MPD)−the cornerstone of AAMA success−by engaging in massive listening tours and by leveraging Abdel-Qawi’s personal relationships within OUSD to gain cooperation from teachers, principals and other OUSD staff.

MPD is an in-school elective course based on a rites- of- passage, group mentoring model. The classes consist of: one-third black boys struggling academically, one-third black boys  marginally achieving, and one-third black boys already achieving academic success. Critical to the success over the past four years has been the selection of young African-American men who have a balance of passion and patience to guide these boys’ journey  to excellence. A four- year review of AAMA’s data shows: a 20- percent increase in attendance and in a two- year period an increase of 8 percent in its readers’ skills from below grade level to grade level or above. 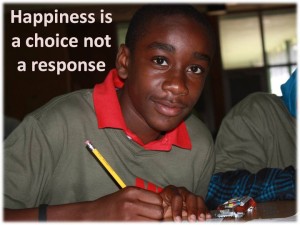 In the 2010 – 2011 school year, AAMA served approximately 50 students at three school sites. Now AAMA serves over 300 students at 17 sites and attracted over 100 black boys on a sunny Saturday to a Man Up! Conference.

To date, Chatmon has had to seek most of his funding for AAMA from the private sector. It’s time for Californians to divert those prison dollars to educational programs−fund AAMA−to train young cadre to rotate in Oscar Wright’s orbit.

Starve the prison pipeline the AAMA way−engage, encourage and empower.