I’ve had a membership at Planet Fitness’ East Oakland branch located on 4055 MacArthur Boulevard for several months; however, I haven’t stepped foot in it since joining.  What prompted me to sign up, was a no money down, $10/month ad. I thought it was a real steal, a gift to the community. I thought even if I don’t use it, I won’t be losing much.  While it’s just two to three miles away from home, I’m a commuter and catching two buses may be a bit painstaking, but that didn’t deter me either. With the kids grown up and a lot of time on my hands, it’s something to do.

I stopped in one early evening, told the clerk what I wanted, and approximately 10 minutes later, was given a 20-minute tour of the seven or eight areas that included weights, cardio, classes, massages, tanning, shower/locker room and three other stations.  I left with their Black Card membership at $22/month because I can work out at any location,  get half off their nutritional drinks, and have access to their hydromassage table, the tanning salon and more.

What stopped me from visiting was, from their large window, it always appeared crowded.  I decided I would give it a one-week trial beginning on Sunday, March 25th and go at different times of the day to figure out when it may be less crowded.  Well, sleeping in felt better on Sunday, so, I began on Monday.

Monday I worked out for 30 minutes on the treadmill.  Although the cardio area includes the bikes and ellipticals too, and almost all were in use, I didn’t feel crowded.  I started off slow at 1.2 miles/hour, my heart rate was at 96 for most of the session.  I traveled a little over a half mile at .6 and burned 87 calories.  The treadmill kept automatically changing my incline when I wanted to stay flat and during the entire workout, I had to keep changing it back.  Also, a couple of people were on their cell phones despite the sign that says it’s only allowed in the lobby.  In any event, I did a five-minute cool down, retrieved my belongings from their spacious, clean locker room before leaving.

There are plenty of lockers.  Walking towards the back, there are several restrooms to the left, and several showers to the right.  Along with other merchandise, they sell locks for $4-8, towels for $4 and water bottles from $4-5 at the front counter. From the treadmill, I had a good view of “The Laurel (see my story next month).”   The streets looked smaller. The eight televisions on different channels kept my mind occupied while I worked out. People-watching helped too; there were people of all ages and ethnicities.

I skipped going to the gym on Tuesday because I had some heavy house cleaning to do for an inspection.  Let’s not forget that house cleaning burns calories, as well!  I visited the Calorie Lab website, 03/28/18, and used the scale at the bottom of the page to calculate the calories burned for my activity.  I added my weight and clicked.  I burned 120!

On Wednesday, because I worked later than I was originally scheduled, I arrived around the same time.  I rode the bikes and burned more calories and went a longer distance. I cooled down, stretched, dried my hair and left.  To my dismay, I noted the #73 buses run less frequently in the evenings.  Due to the Easter holiday, I had to be at work at 7 a.m. instead of 9:30, so I didn’t make it to the gym on Thursday.  Disappointingly, I was tired and stayed in bed, after picking up at two-piece dinner at KFC and eating it in bed. Don’t do this!

Friday after work, I hadn’t been out in a while and it being a holiday weekend, I went to the movies with every intention of going to the gym afterwards.  However, I have a Hooch app and it can only be used in SF, so, whenever I’m there I try to stop at one of the venues on it.  I ended up getting home at 3 a.m.. From the bus window, I did notice the parking lot had approximately 10 cars parked in it instead of the practically full or full lot that I usually see. 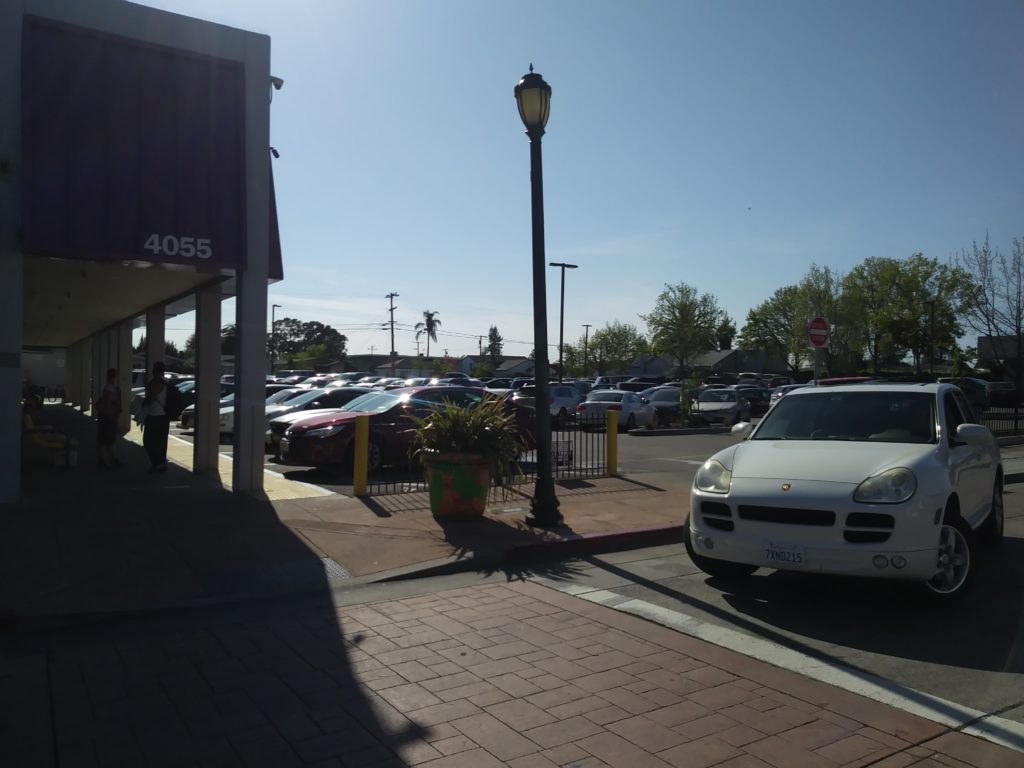 Saturday, I planned to attend two Easter events in SF until 6 p.m. but ended up all day at one, missing the other.  Tired from walking around, and remembering Applebee’s was running a $2 special on Absolute Lemonade, I went there. Then I headed to  The Sea Star using my app.  I had still planned to go to the gym but arrived home near midnight and couldn’t give myself that extra push to go, for they’re open 24 hours a day.

Sunday, it was Easter, and I went to a festival in SF, then to The Blue Light, using my app.  Earlier, I had a video call with one daughter and an IM conversation with the other and knew I was spending Easter alone, so I planned to go to dinner then the gym.  I got home around 9 p.m., cooked dinner and watched tv for approximately an hour and went to bed. My goodness, good intentions can go bad, but not a bad start at Planet Fitness and Easter weekend. 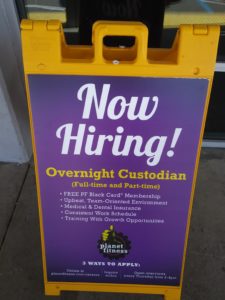 The Oakland branch has its own Facebook page although it hasn’t been updated since 2016.  However, the corporate office runs an active page and is on Twitter, Instagram, and Youtube. Their website has articles offering solid fitness advice.  They also have an online store offering men’s and women’s clothing, and accessories and gear such as water bottles, key chains, gloves, hats, and more, at affordable prices.

They have a free My Fitness app on Google Play, where you can log your gym and home workouts.  You can also do this online at their Net Pulse website.  Additionally, they have an online community, Planet of Triumphs, to celebrate and support one another’s goals.  My long-term goal is to lose 100 pounds so I’ll have to figure out a way to not let life circumstances get in my way regularly.  I hope to see you there, good luck!

Residents in “high risk” neighborhoods including East Oakland, West Oakland, and Fruitvale/San Antonio are eligible for the $1,250 stipend. […]

Concerted effort between UCSF, Black organizations, hope to test 1,000 people this Friday and Saturday in Oakland

Editor’s Note: Oakland Voices alumna Kevonna Taylor shares how she feels about mask guidelines, especially now with variants. Now that California is slowly re-opening, and masks can come off for those who are vaccinated in […]