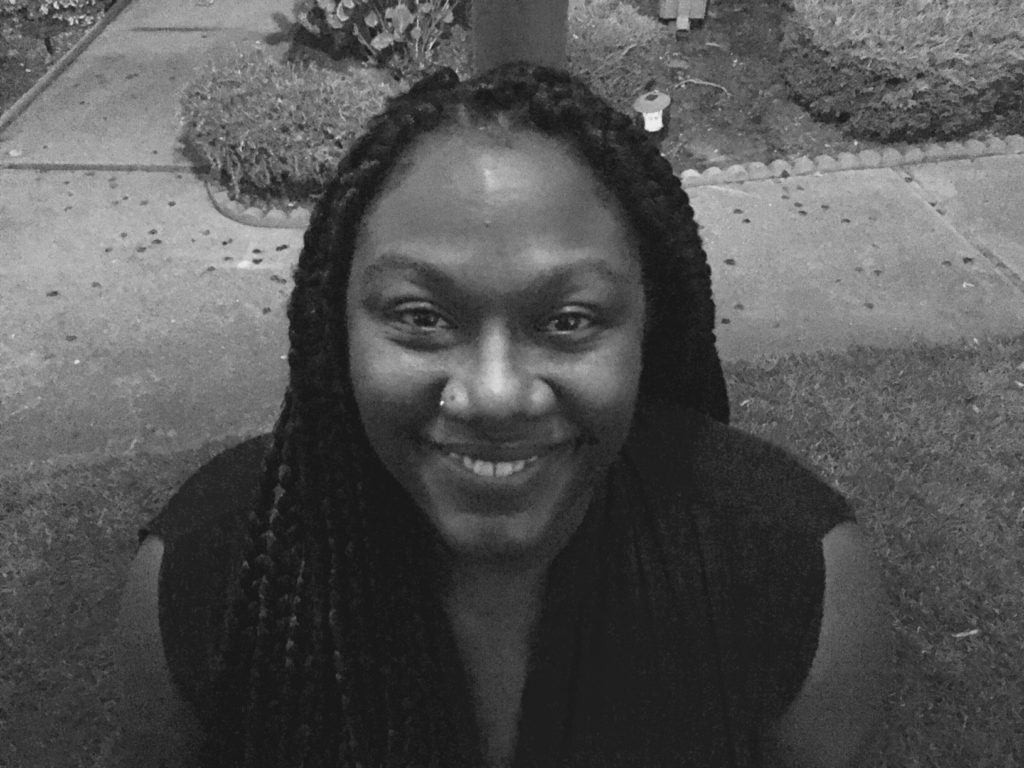 Meeting D.K. Dailey, you probably wouldn’t guess her unique accomplishment – she’s written 13 books. And even though she hasn’t been published yet, she keeps writing.

“I never thought I’d have 13 books written, yet none published,” she said. “Though I’ve submitted to agents and publishers before, I’ve learned it’s a hard and long road to get published. Although, I am more confident in the industry in recent years since the push for diversity has come about with campaigns like We Need Diverse Books – #WNDB – and Writing from Color and Native Voices – #WCNV.”

Dailey, who also happens to be my sister, answered a few questions about what it is like to be a resilient young Black woman who hopes to write young adult science fiction for a living one day. And on how her deep East Oakland address comes into play when she submits her work to publishers and agents.

To someone who does not know, what’s the process like? 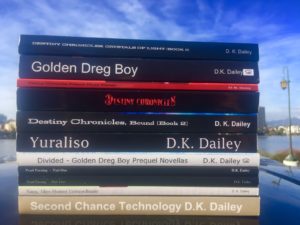 A stack of D.K. Dailey’s books

“Most ideas percolate for awhile before I have a full storyline. But once I have an idea, I outline it then write it. I revise and rewrite and work with editors to polish my work for submission to agents and publishers,” she said.

What are your books about and why do you like this genre?

“I mostly write young adult (YA) books with touches of science-fiction and fantasy. I like writing from a YA point of view because of the rawness teenagers experience the world through. Mostly un-jaded, they are partaking in new experiences and figuring out who they want to be. Having this as a foundation in books allows for much exploration of themes and experiences.” 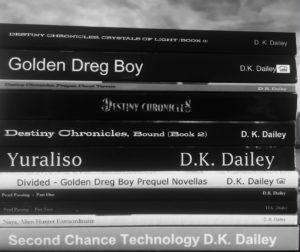 “My books contain elements plucked from real life. One book is based on the poor and rich divide and the inequality of healthcare access and is set in a future dystopian world. One of my fantasy books is about the fountain of youth and an African kingdom that hides it and includes slavery and pirates. The other fantasy book is about a witch, alien and superhuman with intertwined destinies. Another book examines suicide from the viewpoint of teen outcasts brought back from the dead. Mostly it poses the question, if people got the help they need, would this affect their decision to complete suicide? My non-YA book is about three generations of Black women bonded by life experiences and a passed down pearl necklace.”

Dailey found herself feeling a pressing responsibility after Oscar Grant, a young black man, was shot and killed by a white officer on the Fruitvale BART platform in Oakland in 2009 – the shooting was taped by bystanders.  Oakland was in the spotlight. His death, the first high-profile shooting in this generation, and the protests that followed helped lay groundwork for working to better the social and systematic injustices in America through the Black Lives Matter movement.

“Being a writer during this time is an overwhelming experience because of what the Bay Area stands for and what people here go through and have to fight for on a daily basis,” Dailey said.  “Being entrenched in this era and place gives me so much to say and so much inspiration. Therefore, I’m working to get published so my books can be a positive escape for youth and other readers.”

What is it like to be a writer in East Oakland today?

“I am immersed in a tapestry of culture and history which I consistently feel inspired by. But on the other hand, living in East Oakland, I’ve seen a lot of bad things. Bars on windows and doors is common in certain areas in Oakland as is yellow crime tape on and around the streets. The social and economic divide is depressing, and gentrification and the urbanization of certain areas have pushed people out as rents rise and affordable housing for people making living wages is becoming non-existent. And as a college- educated and experienced advertising professional, I’ve been passed up for jobs and seen positions go to people who have fewer qualifications.” 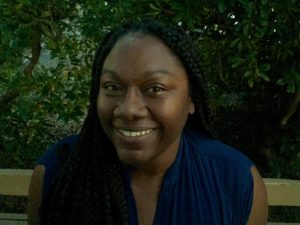 How are you qualified?

“I hold a Master’s degree and BAs in the areas of business, communications, and marketing. These have prepared me for the business side of the publishing industry and being critiqued. And in the last six years, I’ve taken necessary steps to position myself to be published one day.”

So do you have any advice for others?

“Be patient because it doesn’t happen overnight. Sound advice I was once given was to keep writing because it takes a long time to get published (even self-publishing if you want a comparable professional book). Overall, write to make a difference and get people thinking and talking.”

In the words of Octavia Butler, the science fiction and fantasy hall of fame writer: “It’s dangerous to assume, that we can, actually, see the future, by only looking at, the technological advancements we’ve made so far.” And in like manner, D.K. Dailey continues to persevere a future through writing science fiction fantasies, a dream far beyond her technical address of East Oakland proper.