The stakes were high: a $1,000 investment in their Oakland businesses, and they only had an allotted amount of time to convince the judges their plans were feasible, well developed and socially responsible.

Eight entrepreneurs, all younger than 25, made their cases earlier this month at the Impact Hub’s Pitch Day. Some would receive the seed funding, others would have to go back to the drawing board.

Winners included a service supporting young mothers, a magazine for people who have been incarcerated, a music/therapy festival and a holistic health collective.

One proposal featured healthy beverages highlighting Vietnamese culture. Other ideas included a T-shirt and clothing business employing youth artists and an app to support small local businesses.
The plans came from youth interns at Oakland’s Youth Impact Hub. The program, in its second year, is a partnership of Impact Hub, United Roots and Youth Seed.

The young entrepreneurs had been preparing business plans leading up to the pitch day, said Gino Pastori-Ng, co-founder and co-director of Youth Impact Hub, Oakland.

“This is a collaborative effort, and all the teams are supporting each other,” Pastori-Ng said. “The judges will give supportive feedback to each team. This is like Shark Tank, but without the competition.”

NGroots, proposed by sisters Trang Tran, 24, and Han Tran, 19, will feature Vietnamese-themed juice drinks and teas in a shared community space. The recipes are based on their family’s. Initially, they will go to street fairs and pop-up locations, Han Tran said.

“There is a lack of intergenerational dialogue in our community,” Trang Tran said. “Our solution is to gather people over delicious refreshments made with traditional Vietnamese ingredients and encourage storytelling and sharing,” she said. 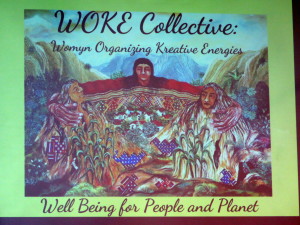 Stephanie Maldonado, 25, and Elizabeth Ortega, 24, pitched WOKE (Womyn Organizing Creative Energies), a holistic health collective for massage therapy, acupuncture and other health services and products. It will run like a subscription service through a network of nonprofit organizations in the community.

Tiangis, an app for local entrepreneurs, is the brainchild of Leo Martin, 25. It is designed to help them promote their businesses and gain information about potential customers. 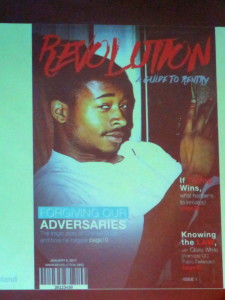 Revolutionary Mag was pitched by Kamani Holmes, 22, an entrepreneur who is himself on parole. The publication is a guide to re-entry for those who have served time in prison, hoping to smooth their way, before and after their release. He noted that California has a recidivism rate of 65 percent, the highest in the nation and nearly half of these returning inmates do not have a high school level education.

“What i am proposing is a magazine by inmates and for inmates which will provide the info that is needed when we re-enter society. Our magazine will not only inform the reader, but also provide political updates and actual Q and A with an attorney from the Alameda County Pub Defenders office,” Holmes said in his pitch. Inmates can access these magazines through third party distributors that already have access to the prisons.

“As a current parolee, I have a vision where anyone impacted by incarceration can prosper,” Holmes said.

Tiphereth Banks, 22, learned art and design from her dad despite the fact that they lived in shelters when she was a child. She proposed Conscious Nativ, a business that sells T -shirts and other clothing featuring unique designs.

“That’s the reason I am starting Conscious Nativ, because I want to give youth the power to express themselves if they are not able to do that verbally.” In her initial plan, she wants to recruit five artistic youth and help them create their own designs that will be sold at street fairs and other events.

As might be expected from young entrepreneurs, proposals included singer/songwriter businesses, but with a twist. Increase the Peace, proposed by 23-year-old Jasmine Stallworth, will produce a music therapy/wellness festival and offer music therapy classes.

Maybe not as expected — a plan to support young mothers based on the model of Doulas. My Doula Sister was proposed by Stacy Galvan, 24, who is getting certified as a Doula. She will provide services on a sliding fee scale to mothers to help them through childbirth.

The yearlong Youth Hub Fellowship includes four months of training to develop a business model. After the pitch event, interns will have another seven months of follow-up coaching, training and networking, with access to co-working space. The goal is to help them make their businesses realities.

The winners were: Revolution Mag, My Doula Sister, WOKE and Increase the Peace. They each were awarded their first installment of $500.

After a progress report in three to six months, they will receive another $500.

NGroots, Tiangis, Conscious Nativ and singer/songwriter business Loyall Entertainment will receive funding if the entrepreneurs can make adjustments recommended by the judges.

“We are deeply proud of every youth enterprise that presented and feel confident that each team will be able to meet the conditions that were identified to receive their seed funding,” Pastori-Ng said.

Interns are most often referred by other organizations serving young people.

Applications for the 2017 Youth Hub Fellowship will be available in September.