[slideshow_deploy id=’8825′]It will be two years in November, just long enough to love where I live. It was a cold winter night when I first walked up the steps of the multi-family house. At the time, the upstairs unit included three rooms, one rented by my current roommate, a mother and son shared a room and one that was soon-to-be vacant. As soon as I was introduced to my current roommate, a visual artist/painter with paintings all over the house and a mural on E 24th and 23rd Avenue, and the mother and son, I was hooked. I decided to move in after the holidays. Then my roommate let me know that the mother and son were moving out so there was another room open to rent. Eventually, my roommate rented an additional room to be used as his studio and I rented out the other room. 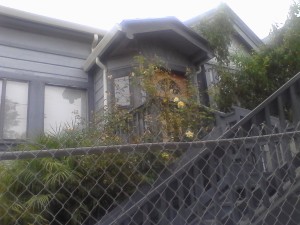 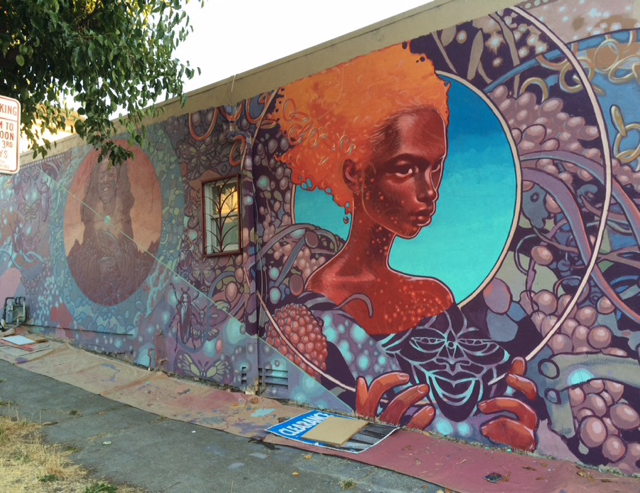 Once I was settled in, my roommate told me that he was reluctant to let me know that there was a shooting at the intersection of E.23rd and 23rd Avenue in August 2013, just three months before I moved in. He didn’t want to tell me then because he had a good feeling about me and didn’t want to see me go. He didn’t know that I would have stayed regardless because his art called me and asked me to stay. Despite my fluctuating financial situation, my landlord seems to work with me, but I am not sure for how long. I live in a neighborhood that has all of the basic essentials covered so I don’t see a need to leave.

There are three liquor stores/markets. 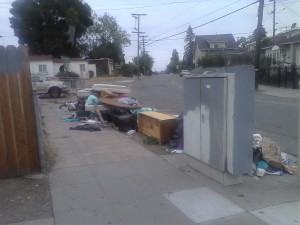 1. On E.27th and 23rd Avenue is Ed’s Liquor; the owner lives in the apartments across the street. Also on E. 27th, I don’t go on this street often, there is a huge pile of garbage that seems to be taking over the side-walk.

2. On E.21st and 23rd Avenue is Shoppers Market where you can pay your metro phone bill.  There’s also a western union office.  The market also accepts credit cards. The owners live in the building. 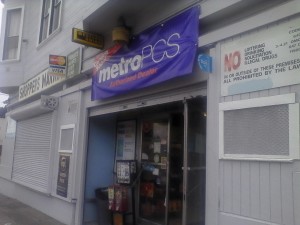 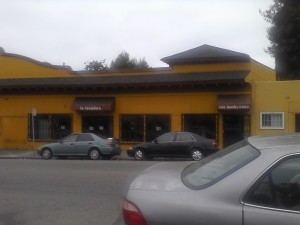 3. On E.19th and 23rd Avenue is Eng Market which includes a rundown laundromat , La Lavadora Coin Laundry; the owners live in the building. 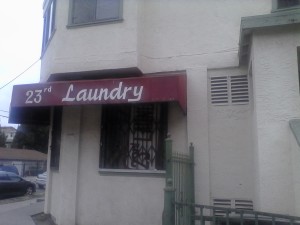 I live next door to another affordable laundromat, 23rd Laundry located on E.23rd and 23rd Avenue which makes washing clothes very easy. The friendly owner and his wife also live there.

Access to transportation: The 62 AC Transit Bus route is located on my block, transporting people to Fruitvale and West Oakland BART Stations and Downtown Oakland. Other connecting buses are in the area: 11,14, 40, 1, 1R, 57 and NL 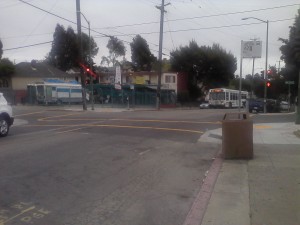 We also have food trucks, at E.27th and 23rd Avenue and another just off Foothill. There are many more positioned in various spots along E.14th (International Blvd).

Prostitutes: Along E.14th (International Blvd), prostitutes of various nationalities/ethnicities and ages frequent the area, waiting to be picked up by a john. I remember one time, a friend and I saw a prostitute scared and running fast, away from a john who was cursing, calling her names and very angry. We asked if she was OK and offered to give her a ride. She said she was fine, but I wasn’t. 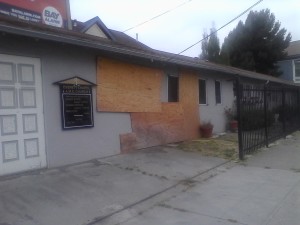 Churches: I actually never really paid attention to the churches on the block until last year when a car full of drunk and reckless teenagers and young adults ran through a stop sign and drove into Everett Chapel A.M.E. Church on the corner of E.23rd and 23rd Avenue. The church is still bandaged with boards and no longer protected by the black gate that once surrounded it. The driver and passengers hopped out of the car upon impact and got away. 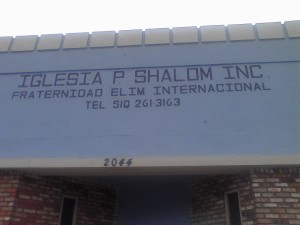 Although I am awakened daily by the 62 AC Transit bus or my mentally ill neighbor’s high shrieks, loud ’90s music and Asian tunes, the neighborhood is peaceful. I haven’t heard gunshots or fireworks except during the 4th of July or game celebrations.

I haven’t been evicted yet and my roommate continues to make murals and art that beautifies other neighborhoods in Oakland and makes our home a great place to live where art rules.

Filed under: 2015 Project Blogs, Life in East Oakland, My Neighborhood, Our Neighbors