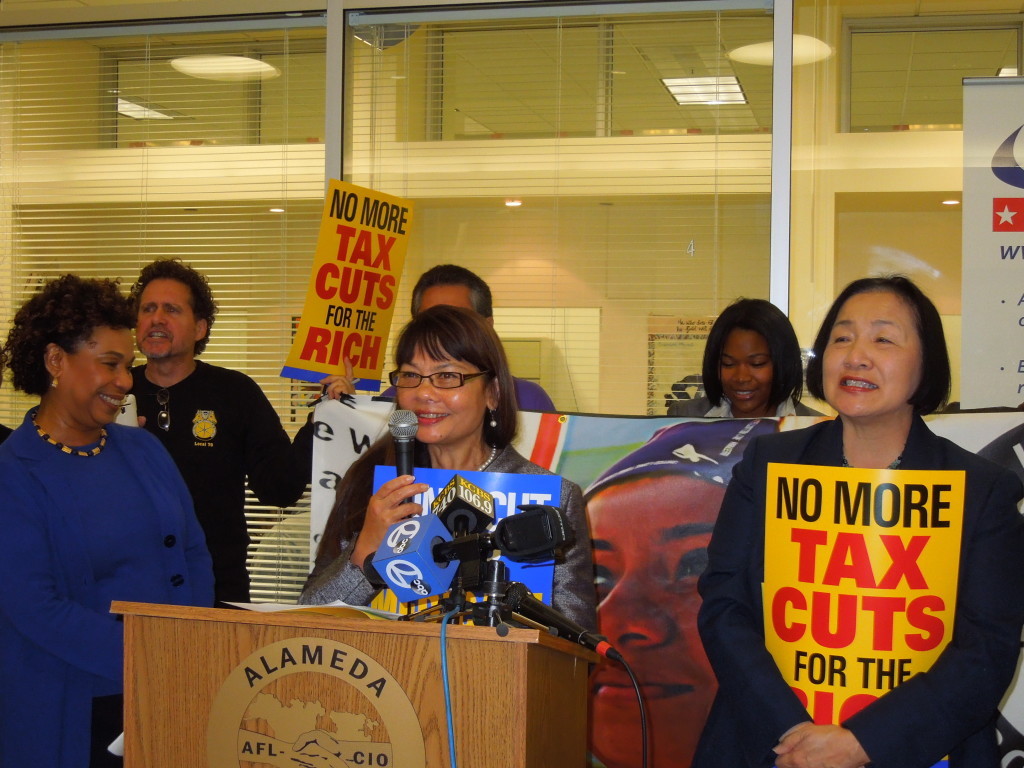 More than 50 rallied last week in East Oakland to oppose any cuts in Medicare and Social Security.

Lee asked the audience to “stand firm” and to be vocal, adding that there was a resistance movement of progressive Congress members that would also resist major cuts. Mayor Quan, and Josie Camancho of the Alameda Labor Council also spoke on the issue of preventing cuts in services that older Americans depend on.

The mood was upbeat but all were concerned that some members of Congress would seek significant cuts in these services for seniors. Skinner said that the less fortunate among us should not have to bear a loss in essential services when the more fortunate have had major tax breaks for over a decade.

Retiree Liz Kimura, a former BART worker, explained how even small cuts to Medicare and Social Security would negatively impact her her limited standard of living.

A staff member at Eastmont’s Social Security office, Car-lette Hughey, explained that daily hours had been cut and now the office closes at 3 pm. She expressed concern that further cuts would lead to the office being open 4 hours or less a day, leaving many Oaklanders under served.

Although a male former machinist also spoke against any cuts to seniors, it was the women political officials who lead the rally and got the media attention.  That’s as it should be, since women live longer than men but usually have smaller savings for retirement.  They are often more dependent on Social Security and Medicare than male counter parts and will have more to loose if cuts come down from Washington. And such cuts will also fall most heavily on low-income seniors in East and West Oakland.

We should all speak out to protect the older members of our communities. 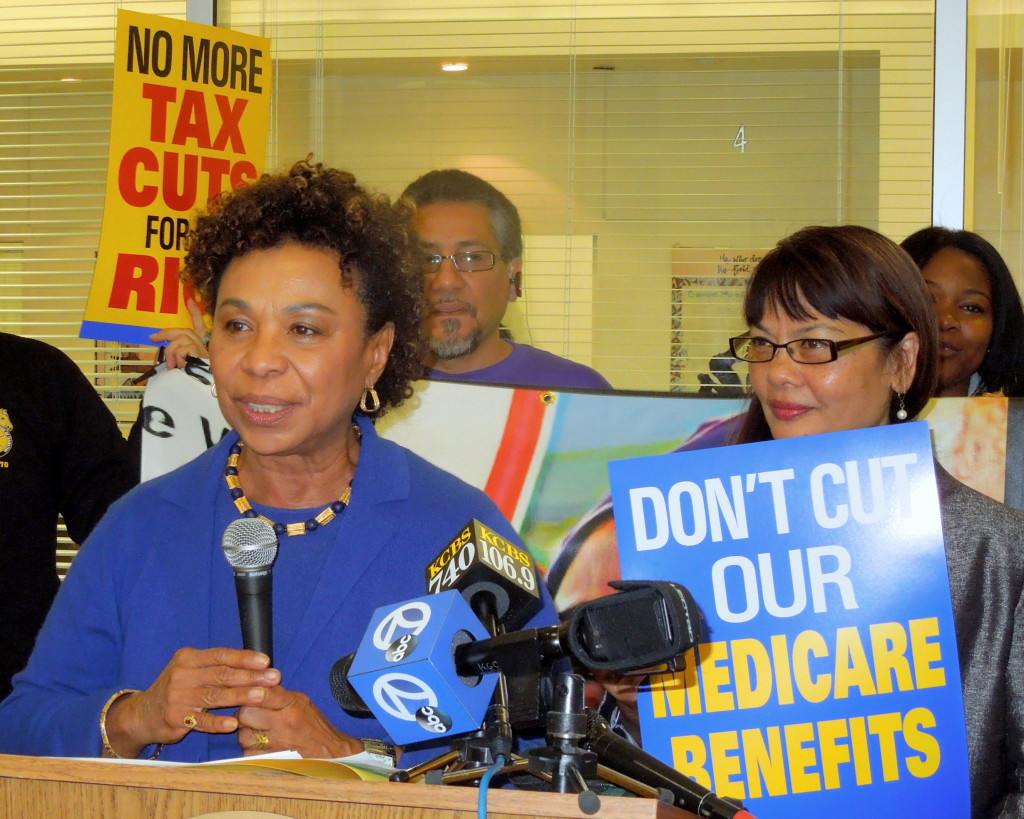 Follow this link for the full photo album from the event.