Nearly a Century of Magic in the Dimond

Magic in all its mystery hung, literally, in the air at a recent meeting of the Oakland Magic Circle (OMC). 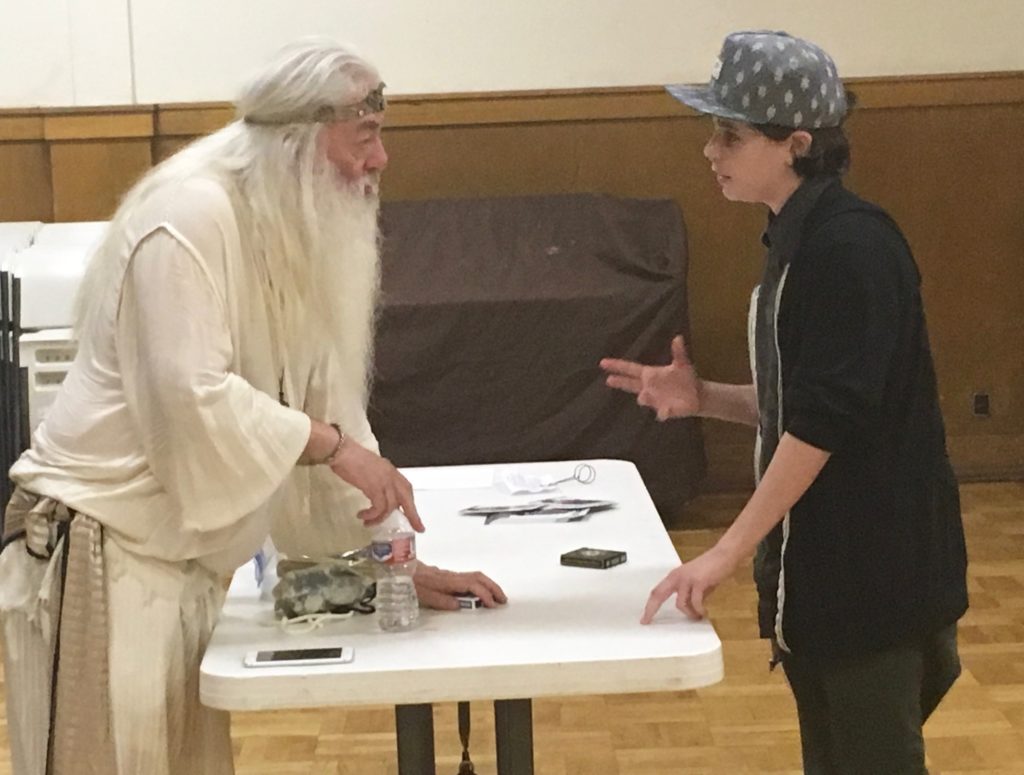 Twelve- year- old Azlan Dubin fanned a deck of cards flawlessly telling me, “I’ve been doing cardistry for a year.” Balancing single cards above and below the deck, he continued, “When I first came here 2 1/2 years ago, Kim Silverman gave me my first deck of cards. I have them with me tonight.” In a final flourish, Azlan flicked another card that seemed to come from behind his back, twirling it to the top of the deck.

Mustering monthly since 1925 — first in members’ homes, then at the Lake Merritt Boathouse until taking charge of Bjornson Hall on MacArthur near Fruitvale Ave. – every first Tuesday for more than 50 years — “the OMC is the oldest, longest running independent magic club west of the Mississippi,” according to club president Nathaniel Segal.

Some 40 members awaited his arrival as they swirled instant coffee and swapped sleight of hand tricks following the club’s business meeting. One member told me that many consider Silverman — Australian by birth with a PhD. from Cambridge whose day job is Principal Research Scientist for Apple Computers — to be the inspiration for the wizard in the Harry Potter Series.

Club secretary Byron Walker, stretching out his long legs in the front row, recalled attending OMC meetings as a teen in 1950. “I guess you could say that I’m both the oldest member and longest running member,” he said. Walker still performs occasionally, but mainly writes, publishes and sells rare books, posters and artifacts on the subject. He credits the club’s longevity to the venue’s full kitchen and stage, seating for up to 125 and, especially, its active club membership. “We host four events a year including our annual spaghetti dinner and inter-club competition which draws contestants from the nine clubs from Sacramento to Monterey,” he said.

On the other side of the hall, OMC librarian Gary Meyer reminisced about coming down from Napa as a youngster to the Boathouse. “After the meetings, I’d walk up to Perkins St., spend the night with my grandmother, and catch the 6 a.m. Greyhound in time for school the next day,” he said. Taking a break for college and to start a family, Meyer learned that the club had relocated to Bjornson Hall, a short walk from his Dimond district home and the perfect setting to tune up magic routines to entertain his 5- year- old daughter. “That was 28 years ago,” he said. 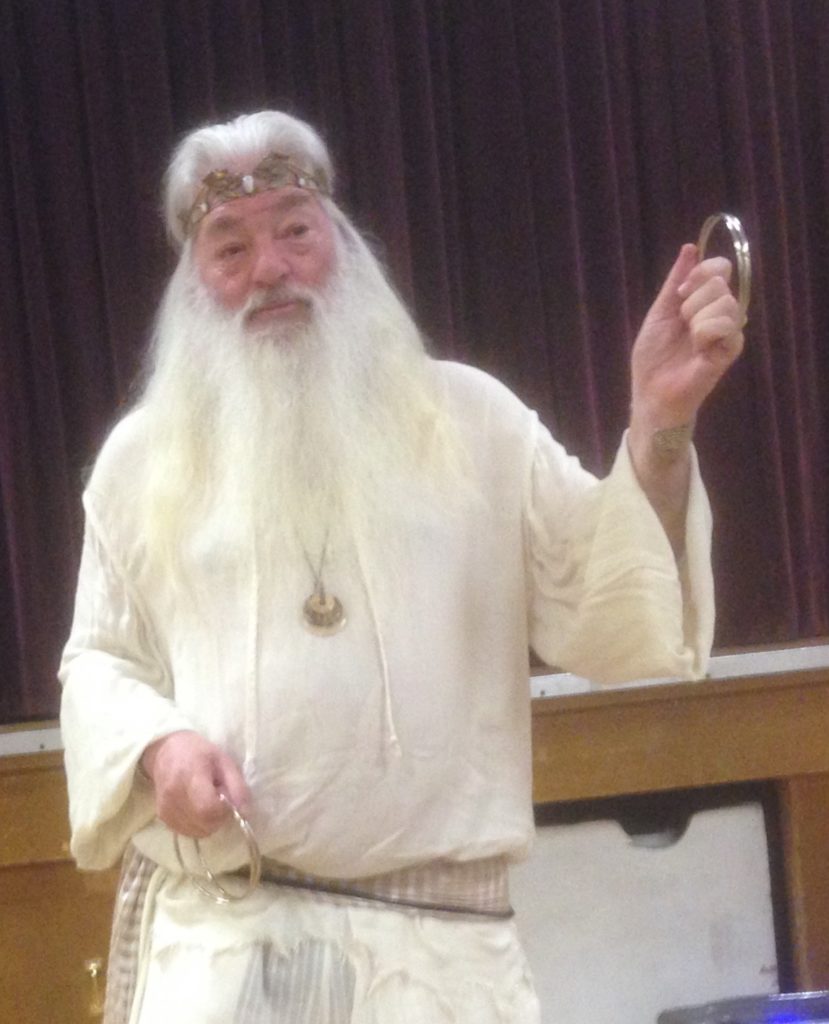 Slightly after 8 p.m., on cue, Magical Nathaniel announced Silverman’s entrance. His flowing silver hair and full beard blending perfectly with a loosely-fitting white garb, Silverman gathered his admirers’ attention. Rather than extoll the power of the iphone as a popular source of gimmickry — a technology which his research on spoken language Apple Computers continues to refine — he urged his fellow magicians to simplify their routines and approach their narratives with intention. He encouraged them to discard the word trick, “with its associations of cheap, nasty, and dirty,” as he put it, “a term that denigrates the art.”

“Magic is not about tricks,” he said jingling a set of brass rings. “Magic is about the experience of mystery,” he said as he slid one ring seamlessly into another. “Magic teaches us that things that seem impossible,” adding a third ring, “that things that are separated, can be joined and rejoined.” As a fourth ring formed a chain which dangled from his side he concluded, “no matter how alone we feel, we’re all part of a single chain of human existence. We’re all in this together.”

For the next two hours, Silverman unveiled a master’s repertoire of magic. Modeling the mechanics of stage presence — standing erect with a slightly leaning in posture, direct and warm eye contact, and joyful intonation — he stressed the importance of telling stories which touch people’s lives.

As he drew in audience members to assist in his routines, he drew also from moments in their lives. A teen’s memory of close camaraderie among friends, for example, became associated with the king of clubs, the same card which Silverman coaxed him to draw from a deck. A man’s wedding band served as the ring in a rope effect — the term Silverman used in place of trick — that taught that life’s fleeting knots of anxiety are really opportunities to detach and learn how to make them disappear.

“Success in magic,” Silverman said, “is not about how many people laugh, but how many people cry. The subtext of magic is that things might not be as they appear, and that means there is hope. And that’s an idea worth sharing.”

Long after the folding chairs were put away following his talk, someone noodled on the upright piano as Kim Silverman lingered for a spell with young Azlan Dubin, the master magician and his young acolyte, discussing technique and, more importantly, the experience of creating magic.

As it has for nearly a century, the Oakland Magic Circle meets on the first Tuesday of every month at Bjornson Hall, 2258 MacArthur Blvd. Magicians, magic enthusiasts, and the just-curious are always welcome. The September 5 meeting features OMC’ s annual spaghetti dinner/ Northern California Inter-Club Competition. Dinner begins at 7 p.m.; show begins at 8 p.m. $25 ($15 youth) for dinner and show. Show only tickets available at door ($15). Tickets available at Brown Paper Tickets: omccontest.bpt.me or call 800-838-3006.