“It wasn’t hard to be a Tupac fan when I was in high school,” says Oakland rapper, music producer, record label owner, and dad, Tahajiye Edwards. “But people thought you were a little strange when you were a Freestyle Fellowship fan, you know what I mean? When you showed up dressed up like De La Soul, people were like ‘Whoa!’”

I spoke with the veteran emcee and beatmaker about the state of modern day hip hop, and asked him about the differences between the genre now and when he was a teenager.

“It took a certain kind of risk, like a social risk that one was taking, you know what I’m saying, in order to participate.”

Back in his youth, people were generally part of one subculture or another: jocks, punks, skaters, goths, hip hop heads, thugs, etc. Now though, genre lines have blurred and become less defined, and the youth of today are mashing up elements of all of those genres in ways that old school purists never would have.

“We’re almost past the ubiquity of hip hop, and I’m not mad. I don’t think hip hop is dead by any means. I just think that it’s given birth to new babies.”

In addition to the social risk, he says that belonging to a subculture also took commitment.

“You kinda had to be like, you know, ‘F the mainstream, F these other dudes, F the cute chicks and the cheerleaders and the alpha male bs, I’m gonna go do this instead.’”

“And then you had to find that music on the radio dial, you had to know when album releases were coming out so you could get ‘em at stores. There was just like a lot more interactive process to being a listening fan back then, you know what I mean? You really had to work to get the stuff that you wanted.”

Better known as Tahaj the First, Edwards’ birth name, Tahajiye, is Swahili. When he was young, his teachers couldn’t pronounce his name, so he eventually shortened it to just Tahaj. He added “The First” because he is the first and only Tahajiye that he is aware of. 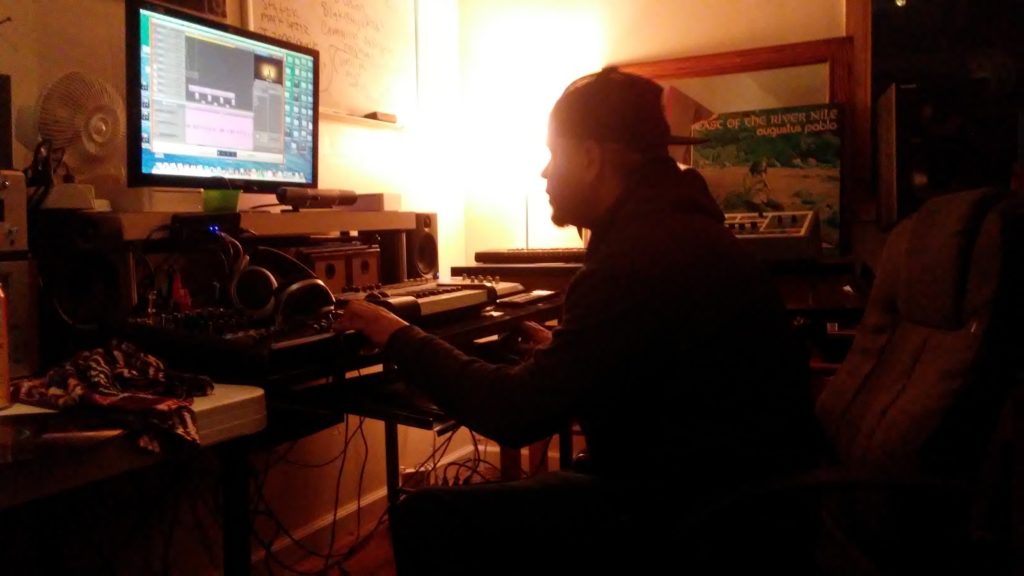 Tahaj in his studio working with software.

Edwards, who will turn 40 next week,  grew up in Santa Cruz, and discovered hip hop as early as fourth grade. “It was for me the oratory aspects of it,” Edwards says of what first attracted him to hip hop. Within a year, he was able to recite entire verses of other rappers’ songs. By high school, he had his own rhymes and his own crew, and their first gig was opening up for Pete Rock and CL Smooth at the Crash Palace in San Francisco.

After a decade as an emcee, he started making his own beats when his producer friends had progressed to the point where they were charging prices that he could no longer afford.

In 2006, while mentoring youth at a hip hop-themed summer camp in the Bayview Hunter’s Point neighborhood of San Francisco, he learned how to use computer software for music production, and officially made the leap from emcee to producer.

He likens using the software program Garage Band to playing a video game. “It’s like what other people would probably be doing playing Madden or NBA Live, like I’m making a beat instead. And at the end of the day, once I got good at it, that’s something I could sell, whereas you can’t really sell your high score.”

While many rappers say that having a daughter made them stop using  the B word, Edwards says that “wasn’t really my thing before she was born.” He does admit that he is more conscious of misogyny and male chauvinism now though, and has zero tolerance for it in the music he makes and consumes.

“Generally, it’s hard not to be more aware of the myriad ways in which the world plots against little girls once you have one.” 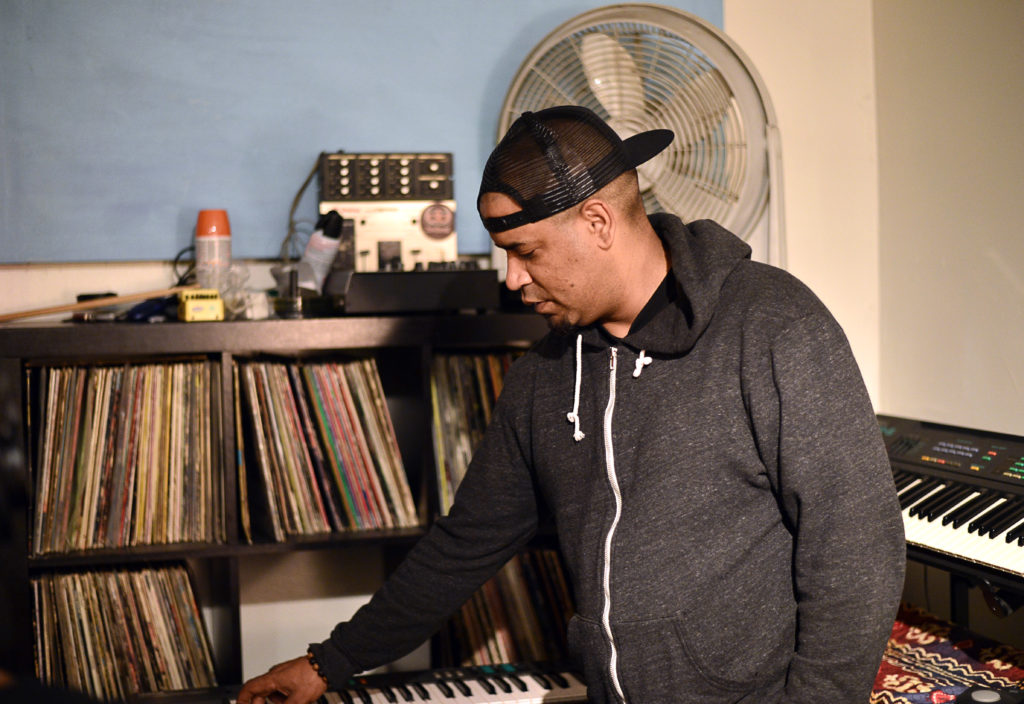 Of his signature sound as a producer, Edwards says that he likes to make music that is lush, sweet, and has musicality to it. A vinyl collector who has long preferred his “parents’ music” to contemporary music other than hip hop, he still uses vintage sampling machines and drum machines from the ’80s and ’90s.

His core sound though is built around his collection of vintage keyboards from the ’70s and ’80s, which are usually played by Stephen Vereen. In an era where most producers think a keyboard is a computer accessory and that vintage sounds come from software packages, Edwards keeps it old school.

“I think there’s something to be lost in not using, you know, the hardware.”

Quick to admit that he isn’t a DJ, Edwards has noticed how technology has changed DJ-ing as well. Whereas DJs used to lug heavy crates of records around, now they can just show up with a laptop full of audio files. In addition, audiences don’t come to clubs hoping to discover new music from DJs anymore, as they now discover music on their own, thanks to the internet. As a result, more people come to clubs demanding to hear their favorite songs.

He also notes that there are more and more veteran rappers and beatmakers who aren’t ready to retire. He predicts we’re going to start hearing more and more adult contemporary hip hop now that the genre has hit middle age and the people making the music are at a more mature place in life where they have “figured it out a little bit.”

While there may be more hip hop that might not be “turnt up” enough for the club-going crowd, Edwards believes that consciousness will be alive and well in hip hop as long as rappers are “somehow analyzing something, you know, or somehow creating a solution or peeling the lid off of something that wasn’t previously examined.”

Edwards’ Drum Dealer label has several releases scheduled in the coming months, and he himself has a solo rap album and a collaboration album with Otayo Dubb currently in the works.