With the furor over the tragic murders in San Bernardino and Paris by self-proclaimed Islamic State sympathizers still sending shock waves across the United States and western nations, the approach of an international day of remembrance may serve to elevate discussions from the swamp of fear, suspicion, ignorance and vitriol. Since 2000, the United Nations General Assembly has encouraged the world’s countries and non-governmental organizations to set aside December 18th as International Migrant’s Day. On this day, countries and organizations who receive immigrants are encouraged to disseminate information on the human rights and freedoms of migrants by sharing experiences and designing actions to better educate the public to ensure their protection.

In Oakland, the Interfaith Movement for Human Integrity plans to do exactly this. Led by Rev. Deborah Lee, participants in this fall’s Root Causes pilgrimage to Honduras and Guatemala, including myself, plan to stage an exhibit entitled: “Mothers of the Disappeared: Photographs, Testimony and Vigil.” It will take place on Friday December 18 from 3 to 6 p.m. at Fruitvale BART Plaza, with the hope of humanizing the stories of migrants seeking refuge and protection.

Pastor Dan Schmitz of New Hope Covenant Church in Oakland, Alex Madonik of Kehilla Community Synagogue, Rev. Debra Avery of First Presbyterian Church, Amy Argenal and myself are joining Rev. Lee to organize a visual display about the migration stories and the human rights of migrants. The purpose is to call to mind the arduous and complex task of migration and the special needs migrants have as they journey from their homelands to another country.

The organizers of the display were Inspired by Las Madres de las Deseparacideos (Mothers of the Disappeared), a group of courageous Central American women who we met in Honduras last summer. The women have organized to search for their children who have disappeared somewhere along the immigration trail from Central America to the United States. They established the Committee of Families of Disappeared Migrants of El Progreso (COFAMPRO ) to search for their children and allay the sorrow, anguish, despair and fears of many parents whose children have disappeared or who have lost contact.

When the movement began in 1999, there were a documented 900 cases of Honduran children alone who were reported missing. Over half of those reported disappeared were thought to have fallen prey to criminals, become victims of sexual-assault, robbed, assaulted or killed as they tried to board moving trains headed north. In other cases the missing may have been assassinated in Honduras, detained in jails in Mexico or the United States or lost somewhere en route.

Through a resourceful blend of wisdom, courage and perseverance, COFAMPRO has managed to identify nearly half those reported missing. Utilizing such creative mediums as a weekly Sunday afternoon radio show broadcast throughout Central America by Radio Progreso in El Progreso, Honduras, mothers meet on the air to console each other and share valuable information about those who have disappeared. 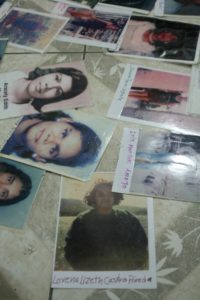 Taking a more proactive role, the mothers have formed bus caravans following many known migrant trails through Mexico and the United States, seeking information about their lost loved ones. At known stopping points, COFAMPRO mothers disembark from their buses carrying photographs of their own or other disappeared children. The pictures are displayed in plazas, town squares and immigration shelters. Local residents or immigrants themselves are invited to view the photographs with the hope that much needed information about a missing child may be discovered.

In other cases, inquiries are made at morgues, prisons and immigrant shelters. COFAMPRO participants have even appeared before the Inter-American Human Rights Commission in Washington D.C. to demand access to forensic data which may enable them to identify the remains of a missing child or loved one.

As the mothers told us in Honduras, they do not see themselves in isolation from other people like those in Syria or other countries. Immigrants fleeing war, persecution, drought or other conditions which lead people to leave the comfort of family and friends in their home countries and seek a new life abroad is a universal experience. The International Organization for Migration reports that one in seven people worldwide are immigrants, refugees or displaced.

To demonstrate their solidarity with other families whose loved ones may have also disappeared attempting to reach safe haven in Europe, the mothers offered a saying, “Mexico buries ours, the sea buries yours.” According to Missing Migrants Project http://missingmigrants.iom.int, this year more than 5,014 immigrants around the world have perished seeking shelter in other countries. 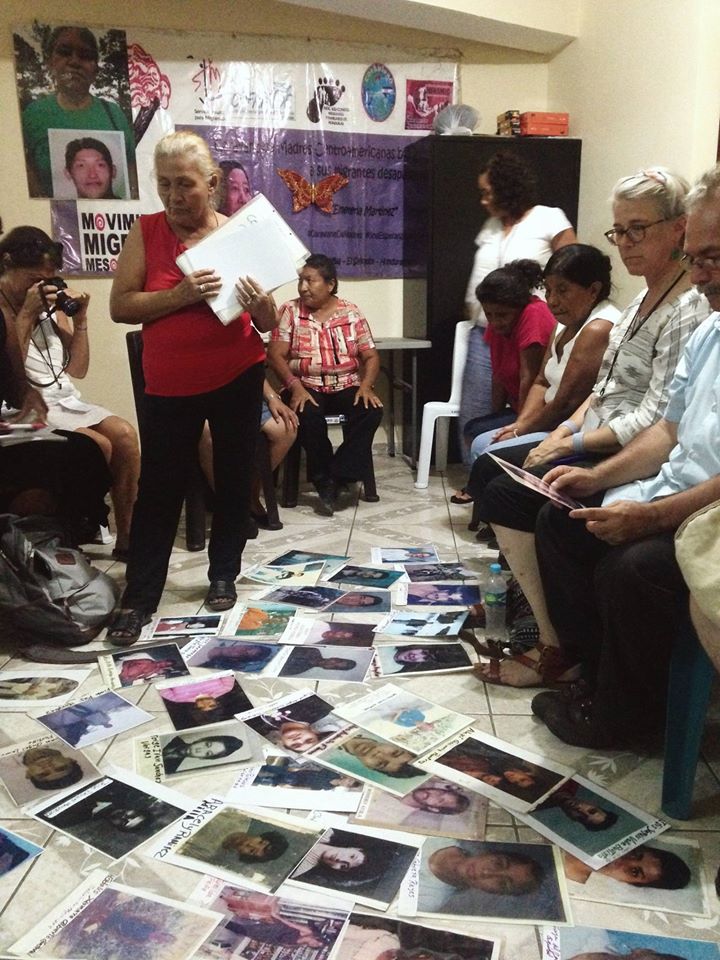 Their stories are not unique. They carry with them the seeds of other emigres from time past. They may even bear a resemblance to our own family immigration stories.

“People have the right to migrate with dignity,” said Rev. Lee. “The mothers of COFAMIPRO are a witness to us that our human-made immigration laws have made migration unnecessarily deadly causing untold suffering to not just the victims but entire families.”

The public is invited to International Migrant’s Day, Friday December 18th beginning at 3 until 6 p.m. in the Fruitvale Plaza with testimonies from migrants from Central America, Syria and the Phillipines. A theatrical presentation will take place from 5 to 6 p.m. Contact Rev. Lee at dlee@im4humanintegrity.org or (415) 297-8222 for more information.