Adeline Street Neighborhood Still Tight-knit Even After Decades of Change 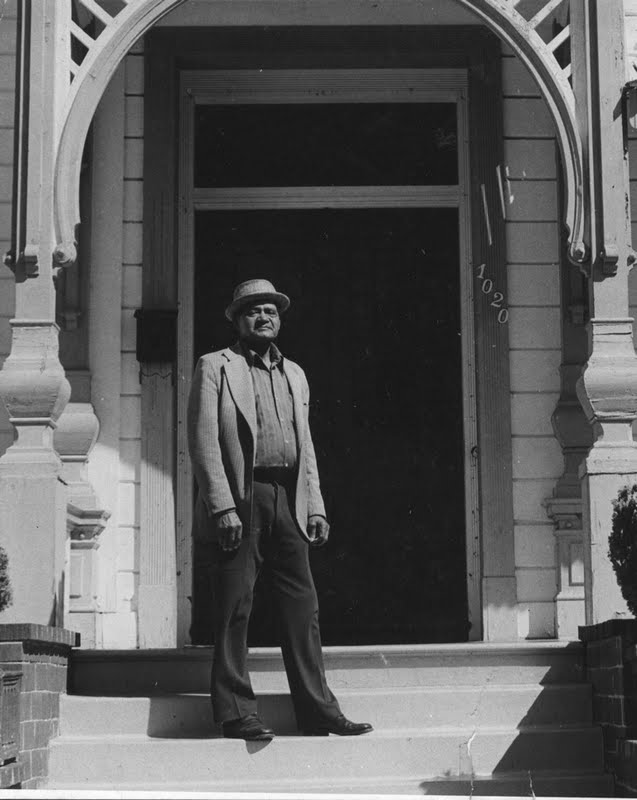 As blacks began migrating out of the South and into California during the 1940's, Rene Richard opened his home near Adeline and Fourteenth Streets to family and strangers alike. He and his wife Nolia had a commitment to community that still can be felt in the central West Oakland neighborhood.

OAKLAND, CA – A warm and secure feeling of community thrives in the neighborhoods along Adeline Street.  Reflecting on the West Oakland stretch of Adeline during the 1940’s and 50’s brings back the memory of a narrow oak-lined street stretching from Berkeley’s south side down to Harbor Homes.

Adeline Street has transformed over the last half-century into a five-mile thoroughfare that cuts through city and suburbs, ducking under two freeways to link the Port of Oakland with parts of the East Bay.

What hasn’t changed over the last six decades is the importance of community to the people who live along the strip of Adeline running just south of DeFremery Park.

“I came to West Oakland from Montrose, Arkansas in 1943,” said Dorothy Paynes, 81, who has lived in the area for more than six decades. She moved there because “it was an area where black people had settled.”

It took two Southern Pacific trains to get her to 2nd and Broadway.  She took the Key System A train to West Oakland and walked to 1423 Adeline Street, where Paynes spent her first night in the city with a family she knew.

Paynes has traveled around the world, but she still calls this block her home. “The area grows on you,” she said. “The people are friendly. I like the area because it is close to downtown, the city, and transportation.”

This neighborhood believes in social ties, and that affinity runs deep through its history. Rene Richard migrated from Youngsville, Lousiana, with the conviction that a community is strengthened when its members reach out to help one another. He and his wife Nolia moved to West Oakland in the 1940’s, when the neighborhood was a mix of Italians, blacks, Greeks, and whites.

In the next decade, the Richards started taking in boarders, while the couple also kept its home open to immediate family members. The house provided for loved ones during life transitions. Five generations of families and many friends have benefited from Rene’s belief that everyone should have a place to call home.

Long after the couple’s death, the Richard’s spirit of caring endures at their 1020 Adeline Street home. The woman who lives there now looks after her elderly mother, who struggles with Alzheimer’s. Her neighbors are always offering their help.*

One of those neighbors, Laverne Bell, 42, spends her summer afternoons supervising her grand children’s games of tag and hide-and-go-seek.  Shouts of “it’s my turn!” and “you cheated!” echo up and down the block, while Bell referees to ensure fair play.

Bell and Will Delaney, 65 moved to Adeline Street 3 years ago.   “We were looking for a larger space and a safe environment for the children, and we wanted to stay in the area,” Bell explained. “Since moving here, I feel connected to the neighborhood and hope to stay.  I feel the neighbors are supportive of one another.” 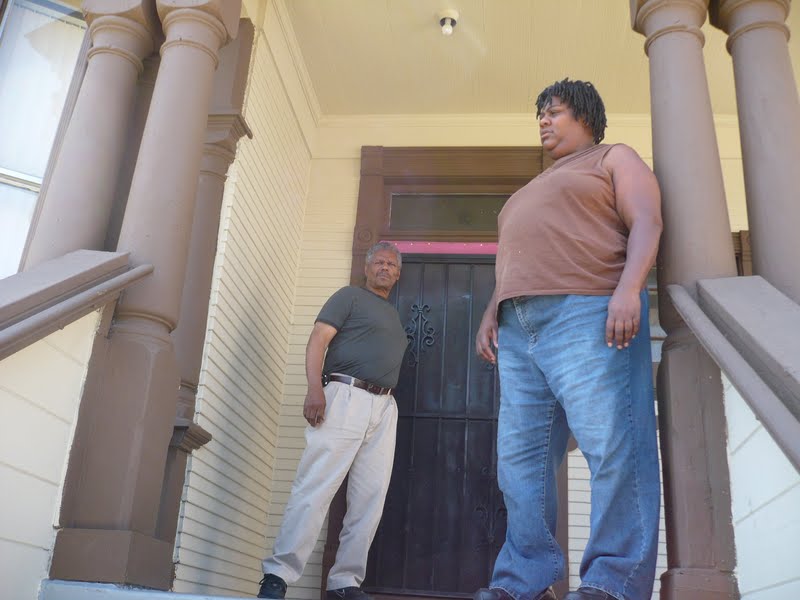 Will Delaney and Laverne Bell moved into their Adeline Street home in 2007 because of their love and respect for the people in their neighborhood. By Jo Ann Bell.

Bell also whispered her concerns about her community’s future. “I just wish there would be less violence and crime.  I want a place for our youth to get into activities that are safe.” Dorothy Paynes agreed. “I love my neighborhood,” she said, “but would like to see more owner-occupied residences. This would tie more people to the community.”

Even with its problems, this mostly black neighborhood has such a powerful draw that newcomers will go to unusual lengths just to fit in. When Michael Taffet decided to move to the block ten years ago, he went from home to home, ringing doorbells and introducing himself as the new owner of 1027 Adeline Street.

The gesture was especially strange, because Taffet, 40, is white. The news also seemed odd to some residents because the house Taffet was buying had been abandoned and boarded up since the late 70’s.  It was a mere shadow of the building that once served as offices for a black doctor and two black lawyers – professionals who were sources of pride for the community.

The house had withered down to an eye sore when Taffet, a geologist originally from Brooklyn, New York, started a five year renovation. The work was worth it. “I love the sense of friendliness of the neighborhood,” he said. Taffet is part of Adeline Street’s return to its diverse roots. “Although I’m white, and the neighborhood is predominantly black, I have always felt at home.”

That sense of belonging is what keeps many of the residents attached to this area, despite the obvious changes that have come to Adeline Street. Gone is the Adeline Street of the 50’s where the moms and grandmothers sat on the stoop, calling each other to play cards.  Hopscotch and jump rope haven’t completely disappeared, but the Wii and Wi-Fi are offering some stiff competition.

The sense of community along this slice Adeline Street in central West Oakland has survived. People still yell “Hey!” to one another as they go in and out of driveways and doorways. Little ones still play outside, some until “streetlights,” but always with someone watching after them. The spirit of mutual support, and traditions of reaching out to help, have resulted in a strong bond here, both for long time residents and newcomers.

*Jo Ann Bell lives at 1020 Adeline Street, where she – with the help of family and neighbors – takes care of her mother who is living with Alzheimer’s disease. Jo Ann writes about that experience at “Life According to Ruth,” in our Blogs section.