“Let’s Go Oakland!”: The Town’s Bittersweet Relationship with The Athletics 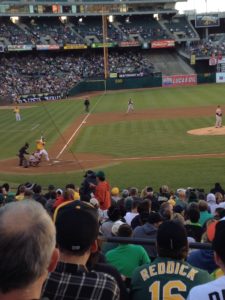 The Oakland A’s and the Town need support – not only when times are good. Katherine Brown – Oakland Voices 2012.

As a long time A’s fan, I cannot help but be excited and proud of a team that has endured so much over the past few years – especially this season. From a team written off as getting nowhere close to playoff contention, to one that fought hard and won the west. You gotta love the underdog!

However, my excitement is tempered by another issue that has been on the table for the past few years: The A’s are thinking of leaving Oakland. For folks from The Town, it’s hard to fully support an organization that constantly teases us with its bags by the front door. Especially considering the potential loses the city could experience – losses much larger than I feel the team’s ownership and Major League Baseball fully understand. 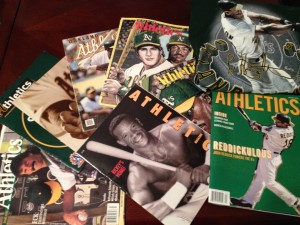 The Oakland A’s have too much of a rich history for the Town to just let go. Katherine Brown – Oakland Voices 2012.

I cannot bear the thought of the hundreds of jobs that people from Oakland could lose if the A’s ventured to another city. I cringe at the idea of a stadium remaining dormant for 9 months out of the year- filled not with thousands of cheering, Bernie-leaning fans, but only with the memories of what was.

As excited as we are over the A’s improbably success, the thought of the team leaving sobers things just a little bit right now.

Oakland is hurting right now. Five people were just killed in less than a day. The OPD seems bound for a federal takeover. We need something to cheer about, and Balfour closing the deal in the 9th was good medicine. Still, preoccupation with the team’s plans to skip town could also rob Oakland of the opportunity to being acknowledged for something positive for a change.

But we true fans from Oakland remain committed to doing what we can to keep the team here, so that the strong legacy of The Athletics can continue. And for the folks that just realized the potential of such a talented team over the last week, my hope (as well as that of other people from here) is that you step up to the plate when talk of the team leaving ramps up again. Not only are the A’s counting on your support – The Town is, too.